Following the news that Spanish wind turbine tower manufacturer, Windar, will build a factory in Poland, Polish Offshore Wind Energy Society (PTMEW) said via social media that there was another agreement for a factory of this kind in the country between its supporting member Agencja Rozwoju Przemysłu (Industrial Development Agency; ARP) and the Spanish company GRI Renewable Industries.

ARP and GRI signed a memorandum of understanding (MOU) on 11 February, under which the two will jointly invest in an offshore wind tower factory in Gdansk. The factory will produce towers for new generation offshore wind turbines and will have a production capacity of over 100 towers per one year, according to PTMEW.

Polish news site GospodarkaMorska.pl reports that the MOU was signed between companies from the ARP Group and GRI Renewable Industries with the investment into the tower factory estimated to be more than EUR 100 million.

The factory is planned to produce towers for wind turbines of over 13 MW of capacity, according to GospodarkaMorska.pl, which also writes that the production at this new plant is planned to be launched in 2024.

Together with Windar’s announcement, this sets Poland on a path to having two offshore wind tower plants up and running in two years, both led by Spanish tower suppliers.

While the country is yet to build its first offshore wind farm, it has already auctioned 5.9 GW of capacity via Contracts for Difference (CfDs) in the first half of 2021 for projects in the most advanced stages of development, some of which could be operational by 2025, and will hold two more CfD auctions, the first in 2025 and the second in 2027, each for 2.5 GW of additional capacity.

The CfD auctions were organised after Poland signed its Offshore Act into law in February 2021, which regulates the development of offshore wind farms in the Polish Baltic Sea and allows for 10.9 GW of offshore wind capacity to be either operational or under development by 2027.

When it comes to GRI Renewable Industries, this is the second factory announced to be built by the Madrid-headquartered company outside Spain over the past several months, after GRI informed in August 2021 that it would build an offshore wind turbine tower factory at Able Marine Energy Park in Hull, the UK.

The tower manufacturer will invest GBP 78 million (around EUR 93 million) in the UK factory which is also planned to produce 100 offshore towers a year, initially. 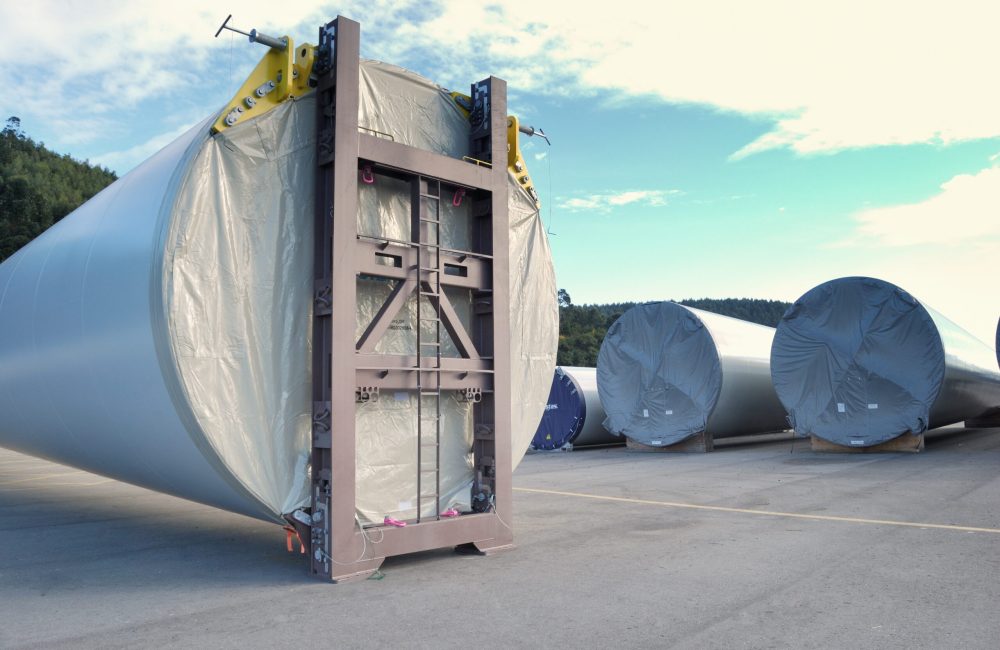