Spain-based company Windar Renovables has decided to invest EUR 80 million to build a new offshore tower factory in Poland to serve the emerging offshore wind industry in the Baltic Sea.

Construction works are slated to begin this year, while the production is expected to start in early 2024, as of when Windar will be producing 100 towers per year for a new generation of offshore wind turbines of an output of between 14 MW and 16 MW.

The 120,000 square metres factory complex will include areas for welding, surface treatment, and assembly works, as well as an open area to store finished components.

This will allow for serial production of sections of up to 450 tonnes, 10 metres in diameter and 50 metres in length, according to the company, which said 450 direct jobs will be created at the new facility once it is operational.

While Windar plans to target other countries in the Baltic and North Sea where the demand will grow in the coming years, the company’s main target market now is Poland, whose government already auctioned the first 5.9 GW of the planned 10.9 GW of offshore wind capacity after signing into law the Offshore Act in 2021.

In the first phase, some of “the world’s largest” offshore wind developers already secured a Contract For Difference (CfD) which were awarded by the Polish Energy Regulatory Office (ERO).

In partnership with Spanish shipbuilder Navantia, Windar builds other offshore wind substructures as well, one of the latest being the construction of its 100th jacket foundation at Navantia’s yard in Fene. 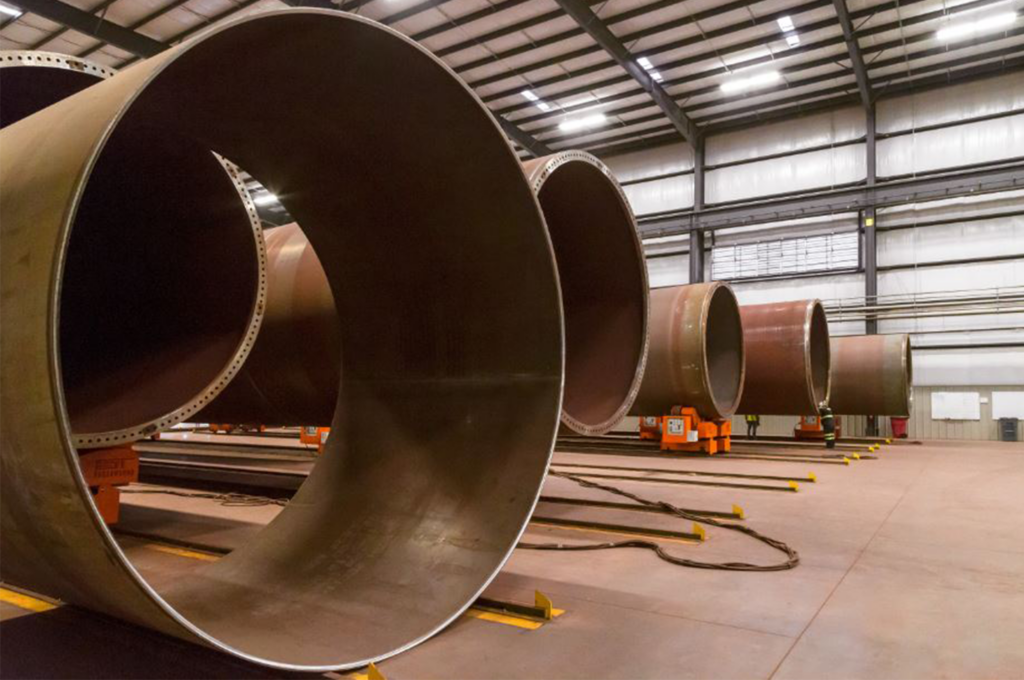