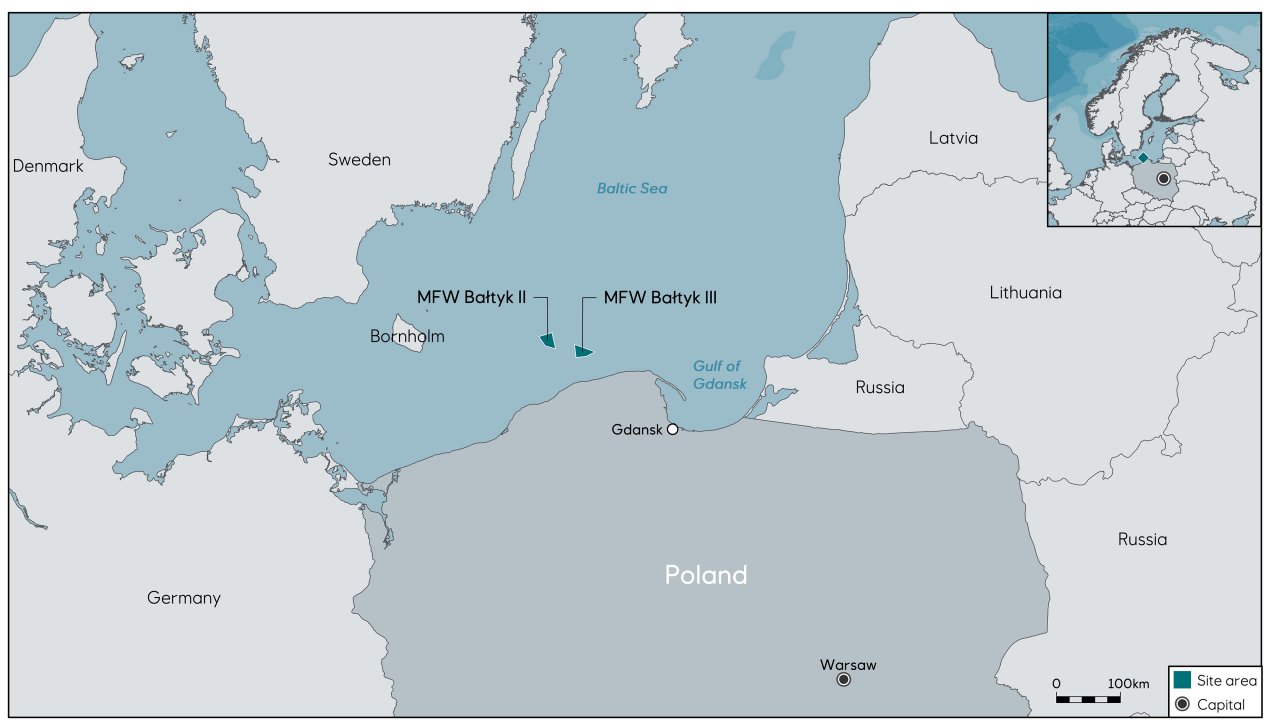 The projects, with a combined potential capacity of 1,440 MW, are located in the Baltic Sea, approximately 27 and 40 kilometres from the port of Łeba in water depths of 20-40 metres.

The CfDs are awarded at PLN 319.60 per MWh (around EUR 70/MWh) for up to 25 years, subject to some adjustments and final approval from Polish authorities and the European Commission.

Pending all necessary agreements and permits, and subject to the final investment decision from Equinor and Polenergia, construction work on the two wind farms could commence as early as 2024.

Equinor will operate the projects through the development, construction, and operations phases.

”The CfD awards to the Bałtyk II and Bałtyk III projects represent a breakthrough for Equinor in Poland and supports the country’s ambitions to transform its energy mix. Full-scale development of the two projects will constitute an offshore wind hub in the Baltic Sea. It will create industrial activity and jobs to support the Polish economy, and supply low-cost renewable electricity to Polish homes and businesses. The CfD award confirms our focused strategy of creating value from early access at scale in attractive markets,” said Pål Eitrheim, Equinor’s executive vice president for New Energy Solutions.

Bałtyk II and Bałtyk III are the fourth and the fifth project to secure CfDs in Poland in this round.

Back in April, ERO awarded CfDs to Ørsted and PGE’s Baltica 3 and Baltica 2 projects with a combined capacity of 2.5 GW, and RWE’s 350 MW FEW Baltic II.

Poland plans to award 5.9 GW of offshore wind capacity through ERO in the first phase of the development scheme by June 2021. 1,610 MW of capacity is yet to be awarded CfDs in this round.

Equinor was among the first international developers to enter the Polish offshore wind market in 2018 through the acquisition of a 50 per cent interest in the Bałtyk II and Bałtyk III projects from Polenergia. Equinor subsequently acquired from Polenergia a 50 per cent interest in the early-phase Bałtyk I offshore wind project. 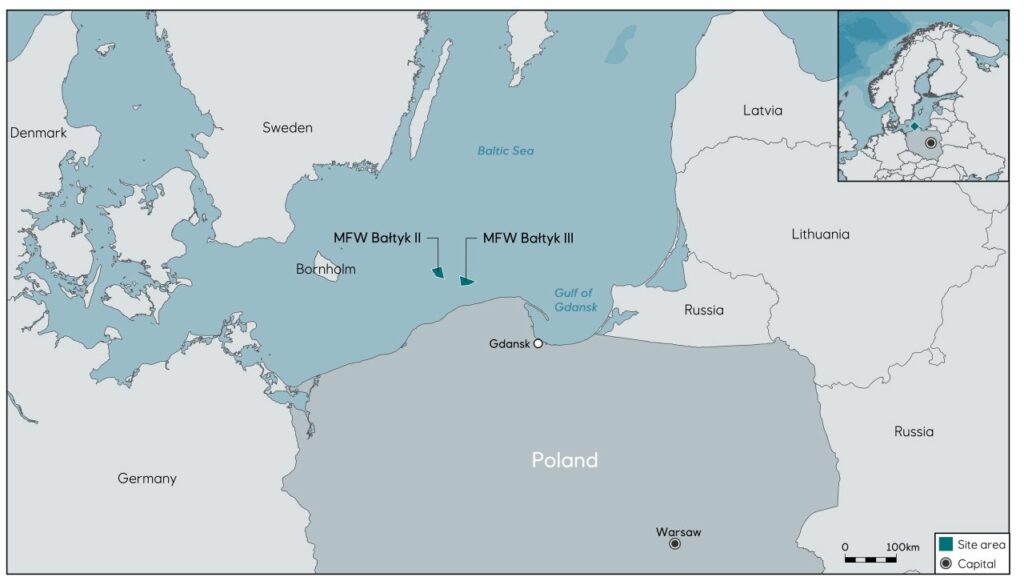