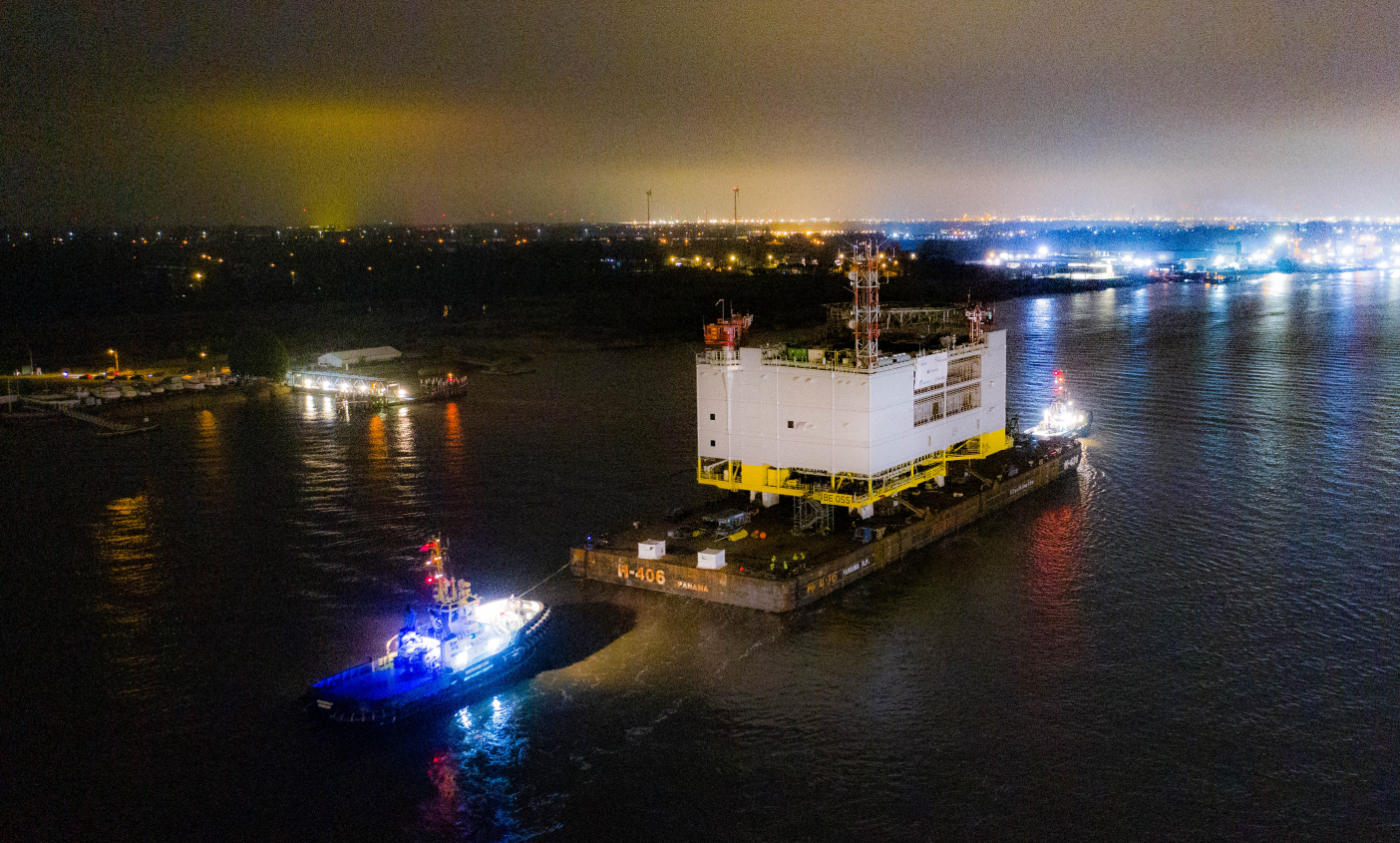 The substation topside for the Baltic Eagle offshore wind farm in Germany sailed out of Hoboken, Belgium, this morning (24 January) and is now on its way to the German Baltic Sea.

Iberdrola, the developer of the 476 MW Baltic Eagle offshore wind farm in Germany, posted an update on social media on 23 January saying the offshore substation was completed.

Smulders and Equans, the joint venture partners responsible for the manufacturing of all structural elements of the substation, have now announced that the substation left the yard in Belgium, in the presence of the Belgian Federal Minister of Energy, Tinne Van der Straeten.

Iberdrola, after signing a cooperation agreement for the substation with 50Hertz in 2021, awarded contracts for its construction to the joint venture between Iemants (a Smulders subsidiary) and Fabricom (now Equans), who were contracted for the structural elements, and Siemens Energy, responsible for the delivery of all main electrical equipment for the low-voltage part of the OSS.

The installation contract has been awarded to Heerema Marine Contractors, who will deploy its semi-submersible crane vessel (SSCV) Thialf to perform the work after the vessel completes the installation of wind turbines at the nearby Arcadis Ost 1 offshore wind farm.

The Baltic Eagle offshore wind farm is located northeast of the Rügen island off the Pomeranian coast in the Baltic Sea in a water depth of 40-45 metres.

The wind farm will comprise 50 Vestas’s V174-9.5 MW wind turbines, which are expected to be fully commissioned in 2024.

Once operational, the wind farm will produce around 1.9 TWh of electricity per year, enough to meet the demand of 460,000 homes and to avoid the emission of 800,000 tonnes of CO2 into the atmosphere each year, according to Iberdrola.