The offshore substation for Iberdrola’s offshore wind farm Baltic Eagle, being built in the German sector of the Baltic Sea, has been completed. The substation will sail out to the project site, located northeast of the island of Rügen, after the installation vessel Thialf completes its work on the Arcadis Ost 1 project.

Once installed, the offshore substation (OSS) will collect the electricity produced by the 476 MW offshore wind farm, which will connect to the onshore transmission grid in Lubmin.

The topside consists of a closed multi-storey module of 5 decks with a total estimated net weight of around 4,250 tonnes. The topside, which contains all the electrical components, will be supported by a four-legged steel jacket foundation weighing approximately 2,900 tonnes.

Iberdrola is cooperating on the construction, installation, and commissioning of the offshore substation for the Baltic Eagle wind farm with the German transmission system operator (TSO) 50Hertz, under an agreement signed back in 2021.

After signing the agreement with 50Hertz, the developer awarded contracts for the offshore substation to the joint venture between Iemants (a Smulders subsidiary) and ENGIE Fabricom (now Equans) responsible for the manufacturing of all structural elements of the substation, Siemens Energy, responsible for the delivery of all main electrical equipment for the low-voltage part of the OSS, and Heerema Marine Contractors, for the transport and installation of the substation at the Baltic Eagle site.

For the installation of the OSS, Heerema Marine Contractors will deploy its crane vessel Thialf, world’s second-largest semi-submersible crane vessel (SSCV), which entered the Baltic Sea in October 2022 after undergoing modifications to be able to pass under the Storebaelt Bridge, known as the “gate to the Baltic Sea”.

Thialf is already in the vicinity of the Baltic Eagle offshore wind farm; however, the reason is currently not the project’s substation, but the ongoing wind turbine installation at the nearby Arcadis Ost 1, being built by Belgian Parkwind, for which Thialf was also chartered.

The vessel will move on to the installation of the Baltic Eagle offshore substation after it completes the work on Arcadis Ost 1, a spokesperson from Iberdrola told offshoreWIND.biz.

NOTE: The article was updated to state that Iemants is a subsidiary of Smulders and that ENGIE Fabricom is now Equans. 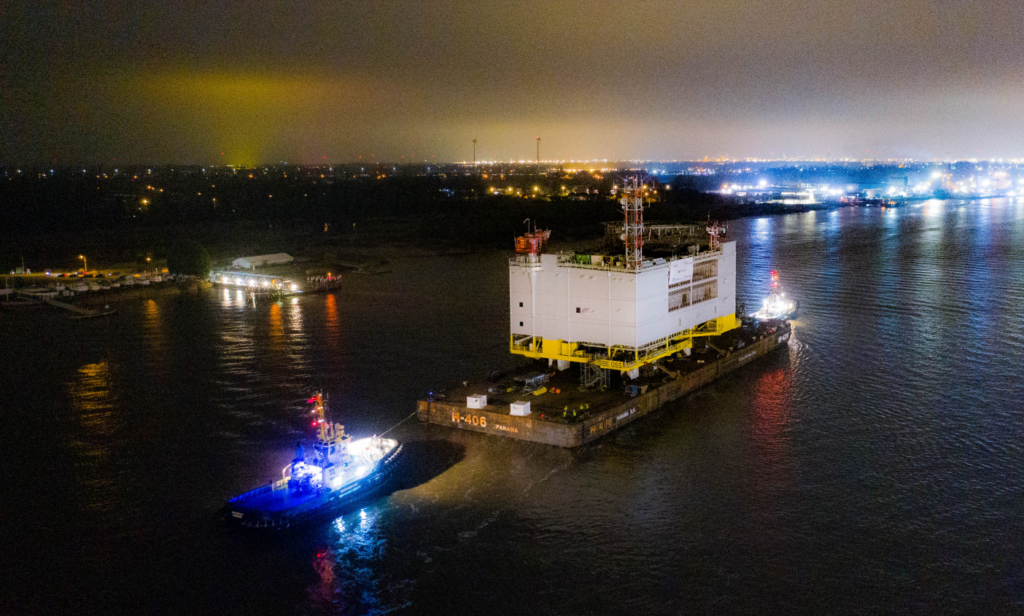