Throughout the year behind us, we witnessed numerous business moves within the industry from mergers and takeovers to companies securing their positions in non-domestic markets where offshore wind is about to take off. Here, Offshore WIND is reminding of only few of the big business news from 2017.

Probably the most notable was the merger between Siemens Wind Power and Gamesa, who concluded the process by registering the new company on 3 April. This resulted in the creation of a major player in the wind turbine market which, at that point, had an installed base of approx. 75GW and an order book of some EUR 21 billion.

Subsequently, the merger took Adwen on a business journey that ended with its new owner, Siemens Gamesa, integrating the offshore wind turbine manufacturer into the new company and ultimately discontinuing the manufacturing of Adwen’s 8MW wind turbine. Later on, Siemens Gamesa announced its “One Segment/One Technology” philosophy, under which it will have one technology per business segment by 2020, opting for the direct-drive platform only for offshore wind.

Another move that also hit the headlines was DONG Energy’s name change to Ørsted in October, which came after the company decided to shift its business to green energy, selling its upstream oil and gas business to INEOS and announcing it will entirely phase out the use of coal as fuel at its power stations by 2023. The acronym DONG, which stood for Dansk Olie og Naturgas (Danish Oil and Natural Gas), which was in line with Ørsted’s business in the past, no longer fitted a company that is now a major renewable energy player.

Ørsted and Siemens, now former owners of the offshore wind turbine installation specialist A2SEA, sold it to DEME Group’s daughter company GeoSea. GeoSea officially acquired A2SEA in September. Ørsted and Siemens stated that owning A2SEA was no longer within the scope of their core businesses and therefore the divestment came naturally, while GeoSea said that A2SEA’s activities represented a strong and complementary fit to its own operations.

When it comes to GeoSea’s business, the company also recently made a strong move into the offshore wind market in Taiwan, where it is setting up a joint venture company with the local shipbuilder CSBC Corporation to jointly bid for the upcoming construction of Taiwanese offshore wind farms.

Taiwan was not only GeoSea’s choice of new playing field in 2017, as several European companies took the opportunity to venture into Taiwanese offshore wind market while it is readying for its first large offshore wind farms. Besides Ørsted and wpd, who entered the market earlier, Copenhagen Infrastructure Partners (CIP) also decided to develop offshore wind projects in Taiwan.

Looking at the suppliers, Siemens Gamesa pops up as the biggest name among those who decided to support the Taiwanese offshore wind sector with its technology. The company opened its Asia Pacific office in Taipei in December and revealed it is looking into setting up a manufacturing and pre-assembly site at Taiwan’s Taichung port. A month earlier, foundation manufacturer Bladt Industries also entered the Taiwanese market by signing two Memorandums of Understanding (MoUs) with CSBC Corporation and Century Wind Power (CWP), a subsidiary of Century Iron and Steel Industrial.

Along with Asia Pacific market, with Taiwan being in the spotlight lately, the U.S. market is also attracting European players. Ørsted opened its U.S. headquarters in Boston, Massachusetts, in April, and several companies supporting the offshore wind industry were working during 2017 on (further) positioning themselves in the country before the construction of the offshore wind farms begins. These include businesses such as Atlas Professionals, BVG Associates, and German Renewables Shipbrokers. 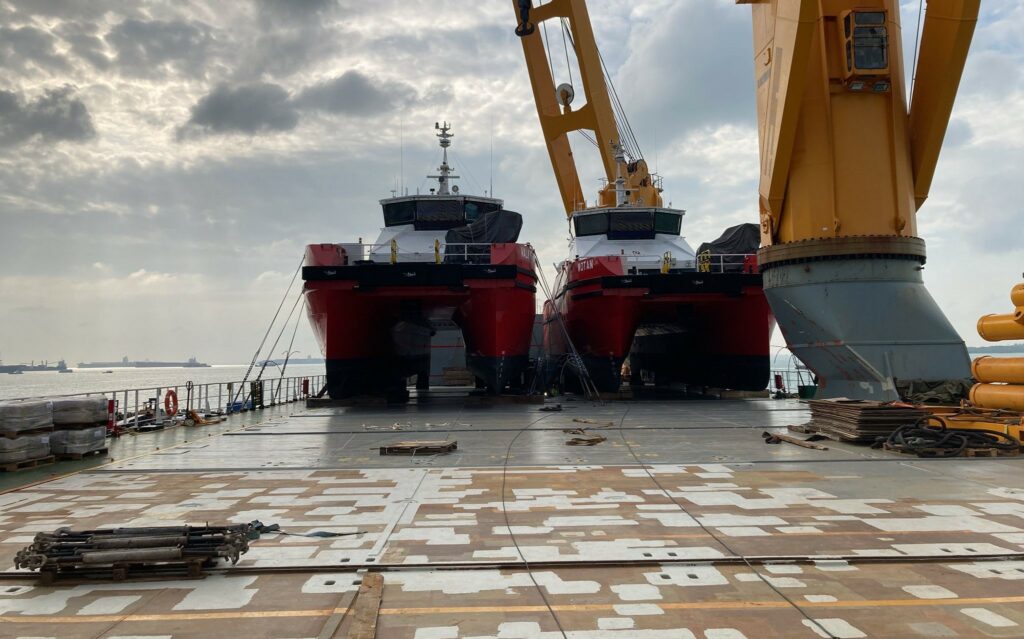