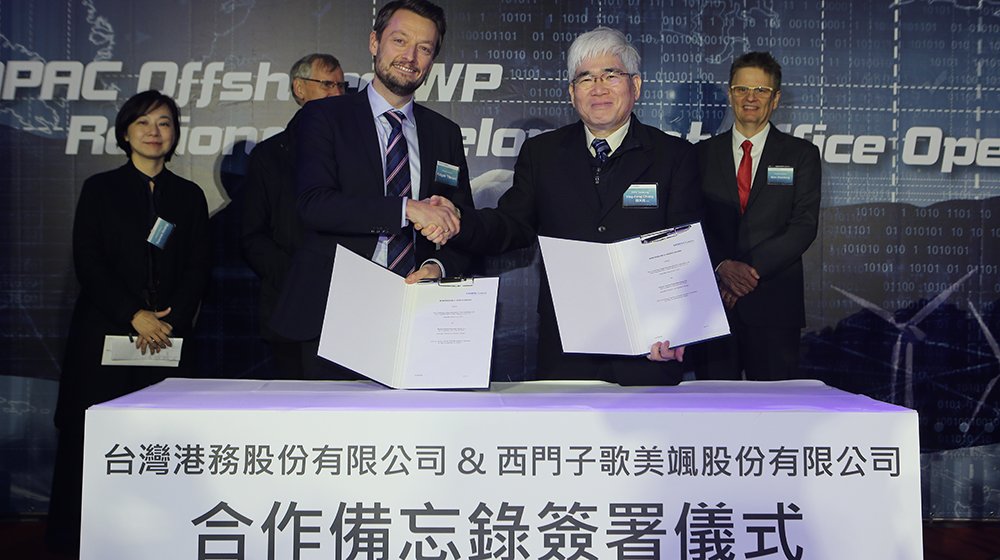 As announced on 5 December, Siemens Gamesa today issued more details on its new Asia Pacific office, which has been opened in Taipei, and also revealed another plan. Namely, the company is looking into setting up a manufacturing and pre-assembly site at Taiwan’s Taichung port.

Siemens Gamesa signed a Memorandum of Understanding with the Taiwan International Ports Corporation (TIPC) on 5 December, under which the two parties will embark on a collaborative investigation into the development of areas of the Taichung port for a potential manufacturing site for offshore wind components, office facilities, and staging areas including storage, pre-assembly, and quayside load-out.

“Signing the MoU demonstrates our strong desire to contribute to the development of offshore wind in Taiwan. We fully believe in the potential of this emerging market, and wish to support it with our vast knowledge as an industry leader,” said Andreas Nauen, CEO Offshore, Siemens Gamesa Renewable Energy.

Andreas Nauen said: “The offshore wind industry in Taiwan is today looking at over 10 GW of projects under planning according to official information. During 2017, strong supportive signs were shown by the Taiwanese government, with detailed grid capacity planning, and an increase of the long term ambitions.”

“Similarly, significant milestones have been completed in the rest of the region. Japan is developing the first utility-scale projects, and Korea has now commissioned their first commercial-sized offshore wind power plant. We look forward to helping ensure that the right infrastructure is in place, as well as maintaining efforts towards further cost reductions,” Nauen said.

The first two operational offshore wind turbines in Taiwan, installed as the first phase of the Formosa 1 project, have been delivered by Siemens Gamesa. 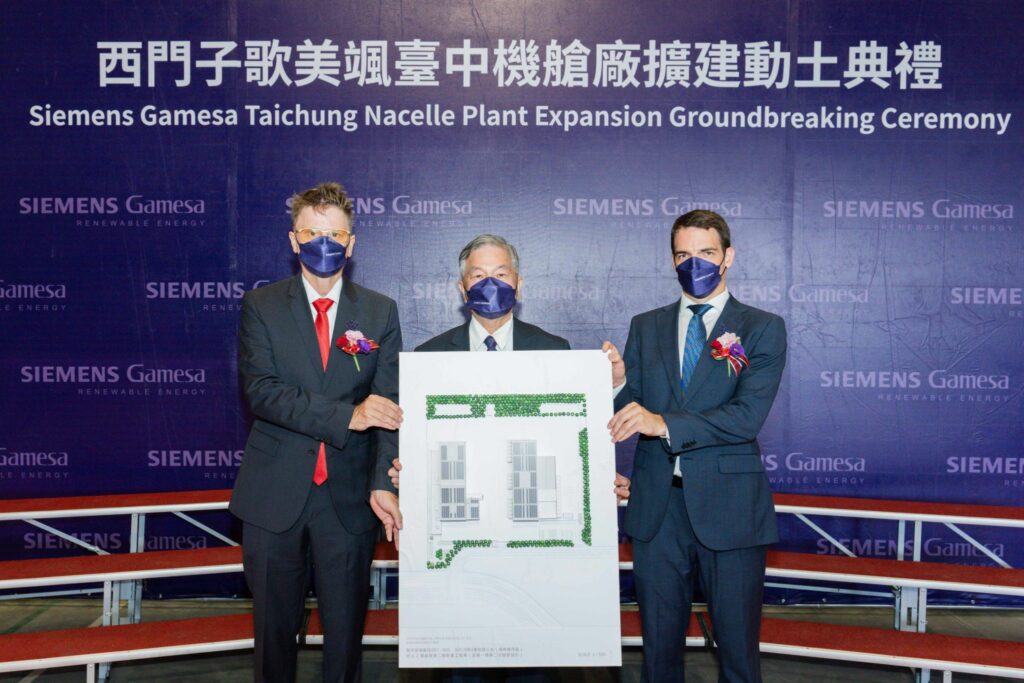