MHI Vestas Sets Up Base at BOW Terminal Vlissingen

MHI Vestas Offshore Wind and BOW Terminal have signed an agreement that will provide the offshore wind turbine manufacturer with 20 hectares of land at the Port of Vlissingen in the Netherlands for a new pre-assembly facility to support future offshore wind projects in the region.

“Our experience in the Dutch offshore wind market dates back to 2007, when the first offshore wind power plant was installed. Today, we’re proud to announce our newest investment in the Netherlands and are pleased to play a role in the creation of local jobs at the historic Port of Vlissingen. Establishing this facility further demonstrates our long-term commitment to the Dutch offshore wind market and will expand our expertise in the region,” Bo Bjerregaard, Director of Global Pre-Assembly & Logistics at MHI Vestas, said.

The Port of Vlissingen is becoming an increasingly strategic location for Dutch offshore wind power plants as a significant portion of future projects are slated to be constructed there, MHI Vestas said.

Ludolf Reijntjes, Managing Director at BOW Terminal, said: “This new contract will mean a lot to Zeeland Seaports, BOW, Vlissingen and surrounding communities for years to come. Beyond direct employment at the port, there will be many opportunities for local supply companies as well. We look forward to sitting down with MHI Vestas in the months ahead to determine the necessary requirements for our first projects together.”

The companies confirm that up to 50 local jobs will be created from the new agreement, with the employment ramp-up beginning in fall 2018.

The first project for MHI Vestas at Vlissingen, scheduled for late 2018, will be the Norther offshore wind farm, located 23km off the Belgian coast and in close proximity to the new pre-assembly facility.

“The agreement with MHI Vestas underlines the leading position in the offshore wind industry we have reached within a relatively short period. With our dedicated facilities close to the North Sea, virtually no tidal restrictions, and with excellent hinterland connections, we are positioned extremely well for North Sea offshore wind projects. We believe that these factors, together with the broad experience of our team in handling offshore wind components, helped MHI Vestas choose BOW Terminal,” Reijntjes said.

Since 2010, BOW Terminal has operated as a marshalling yard for monopiles and transition pieces, but now the company is set to expand as a full-service partner for its first wind turbine generator (WTG), with operations set to begin for MHI Vestas in autumn 2018.

The deal is also the latest in industrial expansion plans from MHI Vestas, including a Power Converter Module facility in Denmark, a test bench for its 9.5 MW turbine in the US, and a blade painting and logistics factory in the UK. 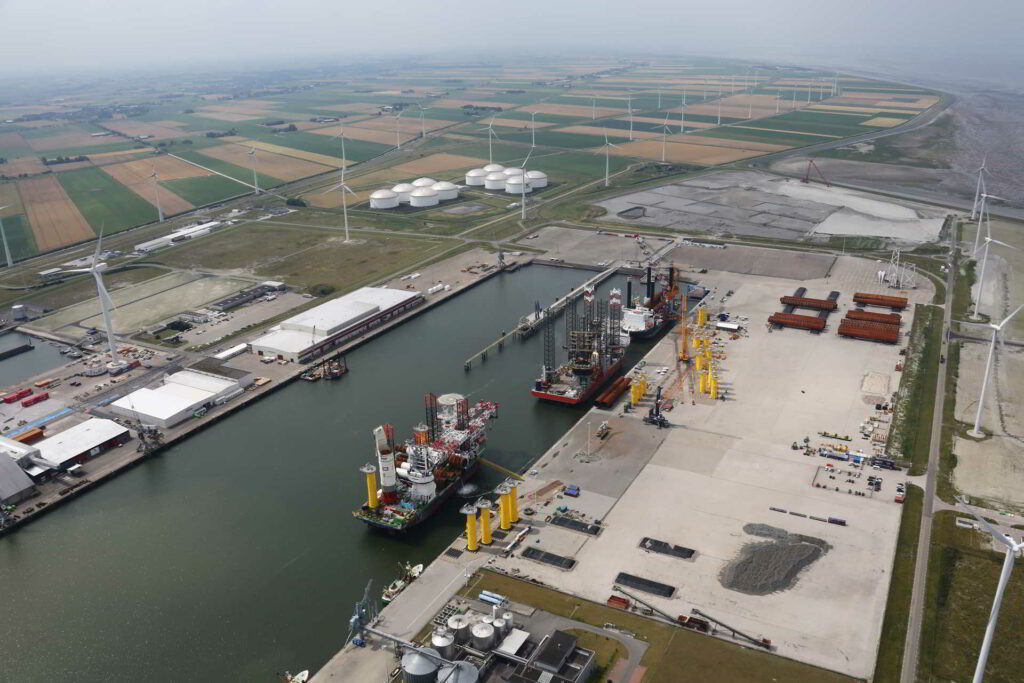