The aim of BHC project – which may also be connected to other energy islands in the region such as Gotland and Bornholm in Sweden and Denmark – is to unlock the significant offshore wind potential in Bothnia Bay and Baltic Sea region, creating a booming hydrogen market and connecting both supply and demand, according to a press release from Gasgrid.

The Finnish TSO company also highlighted the goals of the Marienborg Declarations, signed in August, which saw eight Baltic Sea countries committing to build sevenfold the offshore wind capacity currently installed in the Baltic Sea by 2030 as part of a joint path to minimise the reliance on Russian fossil fuels. They also officially recognised further potential for offshore wind in the Baltic Sea basin, which is estimated to reach up to 93 GW by 2040.

Furthermore, Gasgrid states that by agreeing to jointly investigate the possibility to build the BHC project the four companies are taking concrete steps to realise the European Hydrogen Backbone (EHB) vision, developed by 31 gas infrastructure companies in the Baltic Sea region.

“The EHB initiative aims to accelerate Europe’s decarbonisation journey by defining the critical role of hydrogen infrastructure – based on existing and new pipelines – in enabling the development of a competitive, liquid, pan-European renewable, and low-carbon hydrogen market”, Gasgrid said.

Here, BHC could play a critical role, according to its developers, as it would create an efficient, harmonised, and integrated hydrogen market in Europe.

The Baltic Sea Hydrogen Collector can provide confidence to green hydrogen producers and users to invest in the new hydrogen value chains and partake in supplying the rising green H2 demand in Europe by creating a guaranteed route from production to use, according to the BHC partners.

The offshore wind developers who joined the BHC project, OX2 and CIP, have massive plans in the Baltic Sea.

OX2 has a 9 GW portfolio in Sweden alone, where the investment arm of Ingka Group, the largest retailer in the IKEA franchisee system, recently joined in on the projects.

In Finland, OX2 received exploration permits for two offshore wind farms in the Gulf of Bothnia at the beginning of this year.

A few months later, the company announced another multi-gigawatt project, together with Ålandsbanken Fondbolag, south of the Åland Islands, where the two partners already unveiled plans for a 250-turbine offshore wind development in 2021.

As for Copenhagen Infrastructure Partners, the Danish developer entered into a 50/50 partnership with Ørsted earlier this year, agreeing to jointly develop four large-scale offshore wind projects under the ‘open door’ scheme in Denmark.

The projects are planned to include Power-to-X capabilities and to be built before or in parallel with the projects selected through the government tenders.

In September this year, CIP confirmed to offshoreWIND.biz that it had submitted an application for a gigawatt-scale floating wind farm near the island of Bornholm in the Baltic Sea.

The project, which could also include Power-to-X (green hydrogen) capabilities, would be Denmark’s first and the world’s largest wind farm of this kind, if approved to be built by 2027.

“With strategic investments in the infrastructure, renewable energy, and hydrogen production, up to 55% of the clean hydrogen target defined in the REPowerEU Plan can be produced in the region simultaneously supporting innovative decarbonization projects within each country as well as helping the EU to meet its overall goals”, Gasgrid said. 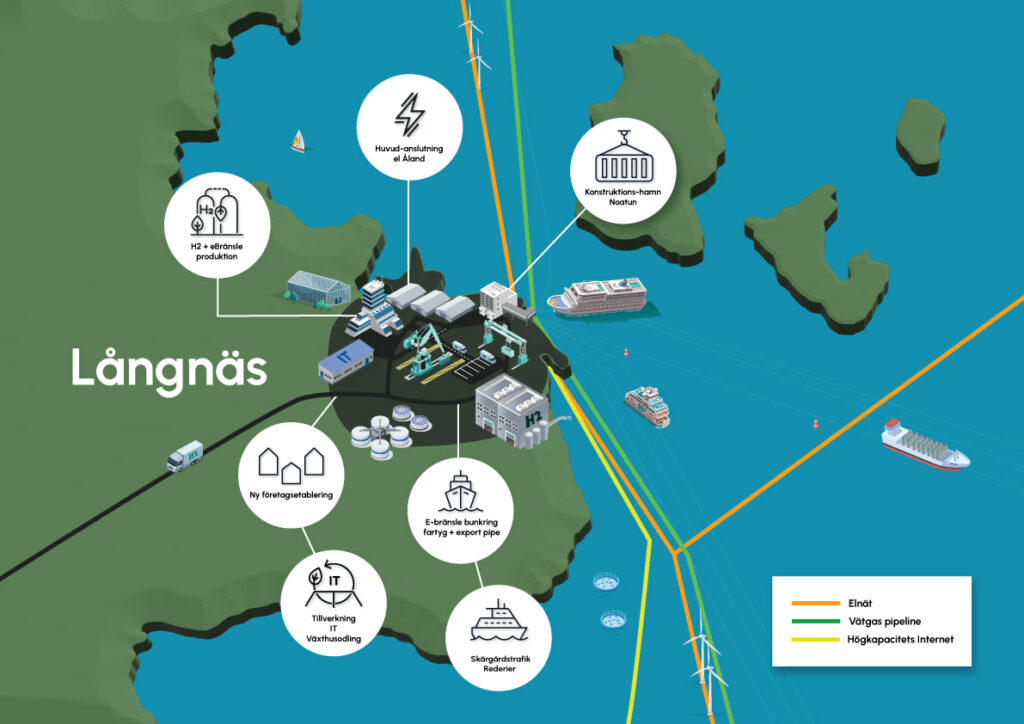