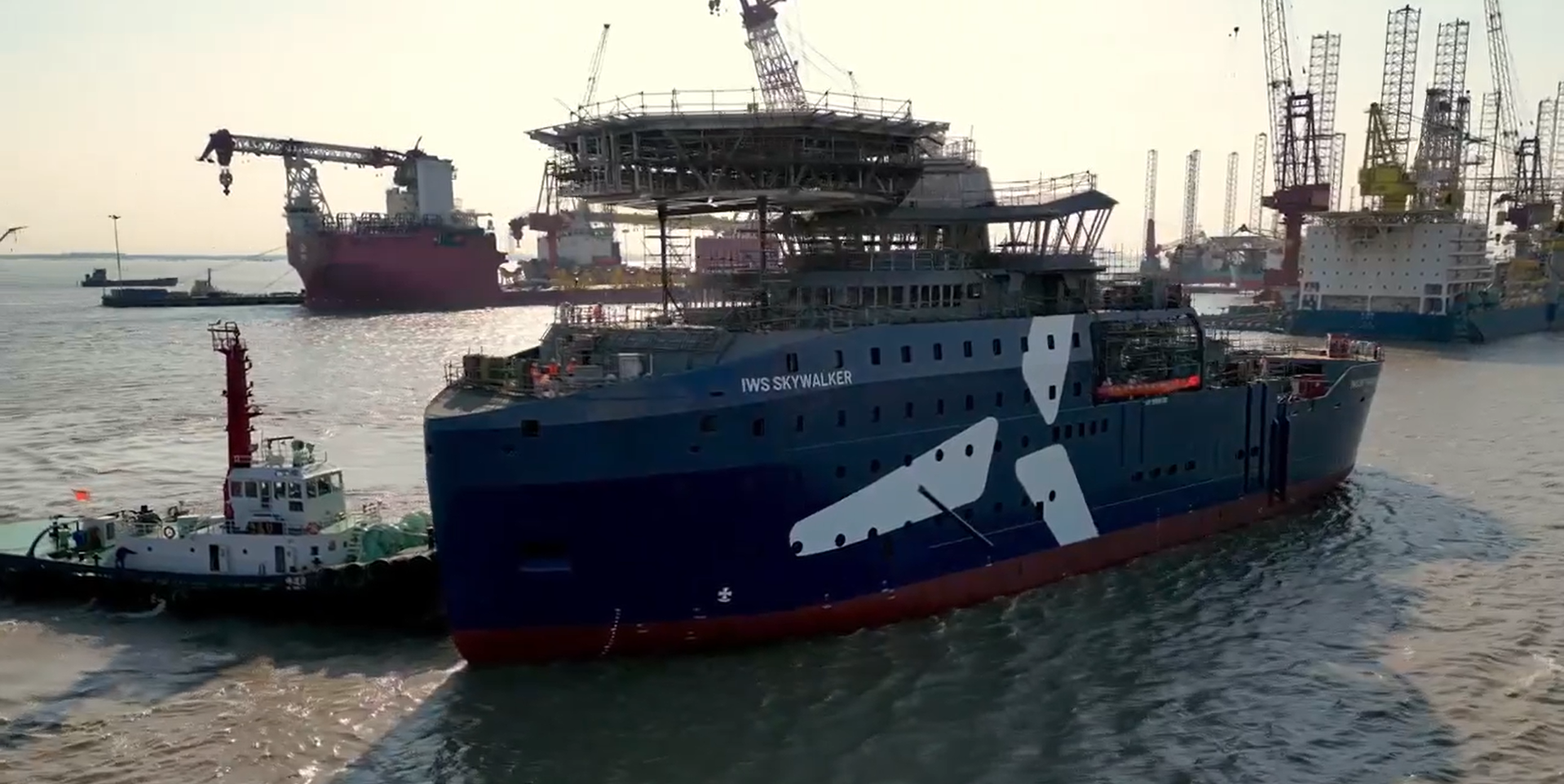 The vessel will now continue outfitting alongside the yard’s quay to be ready for operations next year, IWS said on social media.

The CSOV was built by China Merchants Heavy Industry (CMHI) at its shipyard in Jiangsu, China, where the first steel was cut in January and the keel was laid in June this year.

Earlier this year, the steel was cut for the second of the first two ordered CSOVs at the CHMI.

The third and fourth CSOVs in the Skywalker class series, named IWS Seawalker and IWS Starwalker, will be ready for operations at the beginning of 2024.

Last year, IWS Fleet secured its first contract with the Dogger Bank consortium for the chartering of the CSOV, which will be used during the commissioning of the 13 MW GE Renewable Energy Haliade-X turbines on the first two phases of the wind farm, Dogger Bank A and B.

In March this year, Dogger Bank Wind Farm notified IWS Fleet of its intention to sign a charter contract for one of its Skywalker class CSOVs for the third phase of the offshore wind farm, Dogger Bank C. 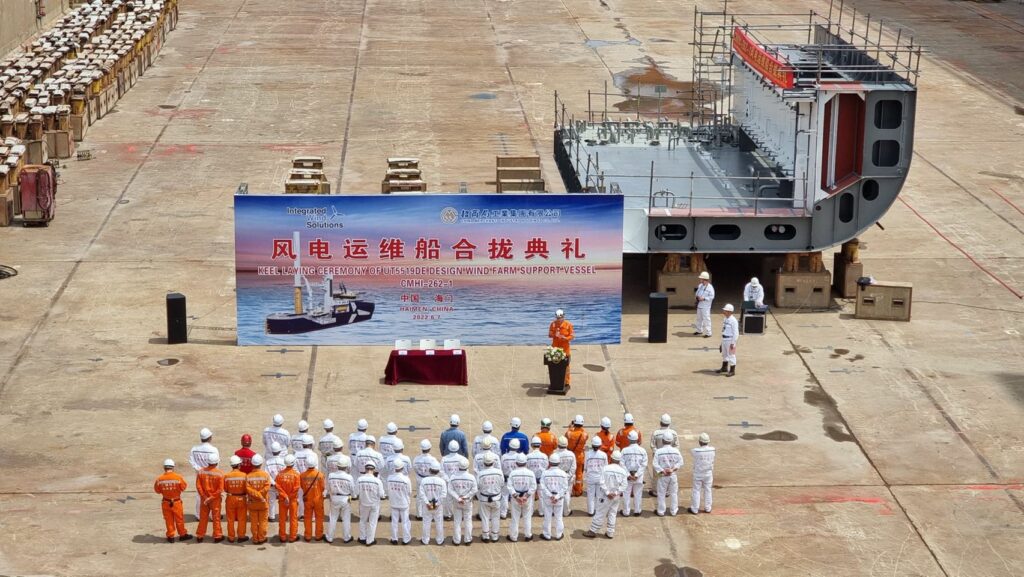