Dogger Bank Wind Farm signed charter agreements for one CSOV each with Edda Wind and Awind AS.

Under the terms of the contract, Edda Wind will deploy the newbuild CSOV Edda TBN C490 to enable the commissioning and construction of the first two phases of the 3.6 GW Dogger Bank wind farm.

The contract will commence shortly after the delivery of the vessel in the second quarter of 2023, with a firm period of two years and an additional option of one year.

”We are thrilled to be awarded the new contract, and we feel honored that Dogger Bank Wind Farm has selected Edda Wind to enable their ongoing development of the wind farm. We look forward to delivering safe and efficient operations to new and exciting clients. Our
advanced and environmentally friendly vessels will help our clients lower their operational expenditures and reduce the carbon footprint of their wind farm projects,” said Edda Wind’s CEO Kenneth Walland.

Awind AS secured a charter contract with Dogger Bank Wind Farm for the first of its two walk-to-work CSOVs.

This contract will also commence in the second quarter of 2023. The vessel will be used during the commissioning of the 13 MW GE Renewable Energy Haliade-X turbines on the first two phases of the development, Dogger Bank A and Dogger Bank B, until completion in 2025.

Dogger Bank Wind Farm Project Director, Steve Wilson, said: ”Signing this contract with Awind for the “walk-to-work” vessel is another important milestone for the project. The vessel will play an important role in the safe commissioning of the turbines in the construction of the first two phases.”

Awind has two newbuild CSOVs under construction with delivery from China Merchants Industry in 2023. In addition, Awind has secured option agreements for up to four additional vessels.

Christopher A. Heidenreich, Managing Director of Awind (IWS Fleet) said: ”We are extremely pleased that Dogger Bank Wind Farm has chosen Awind to support its turbine commissioning at the world’s largest offshore wind farm. This demonstrates the attractiveness of these highly capable “walk-to-work” vessels, which will be equipped to handle a variety of tasks required to support offshore wind farms during the installation, commissioning, operations and maintenance phase.”

The wind farm is located on the Dogger Bank in the North Sea,over 130 kilometres off the coast of the UK.

When complete in 2026, the 3.6 GW Dogger Bank wind farm will be able to produce enough electricity to power around five per cent of the UK’s electricity demand. 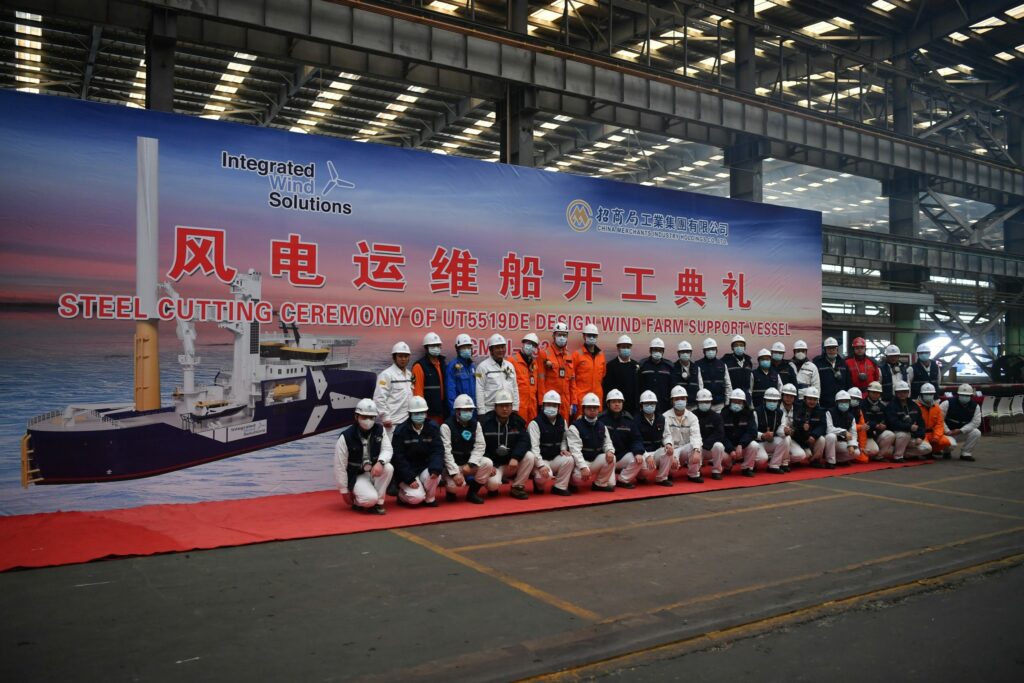