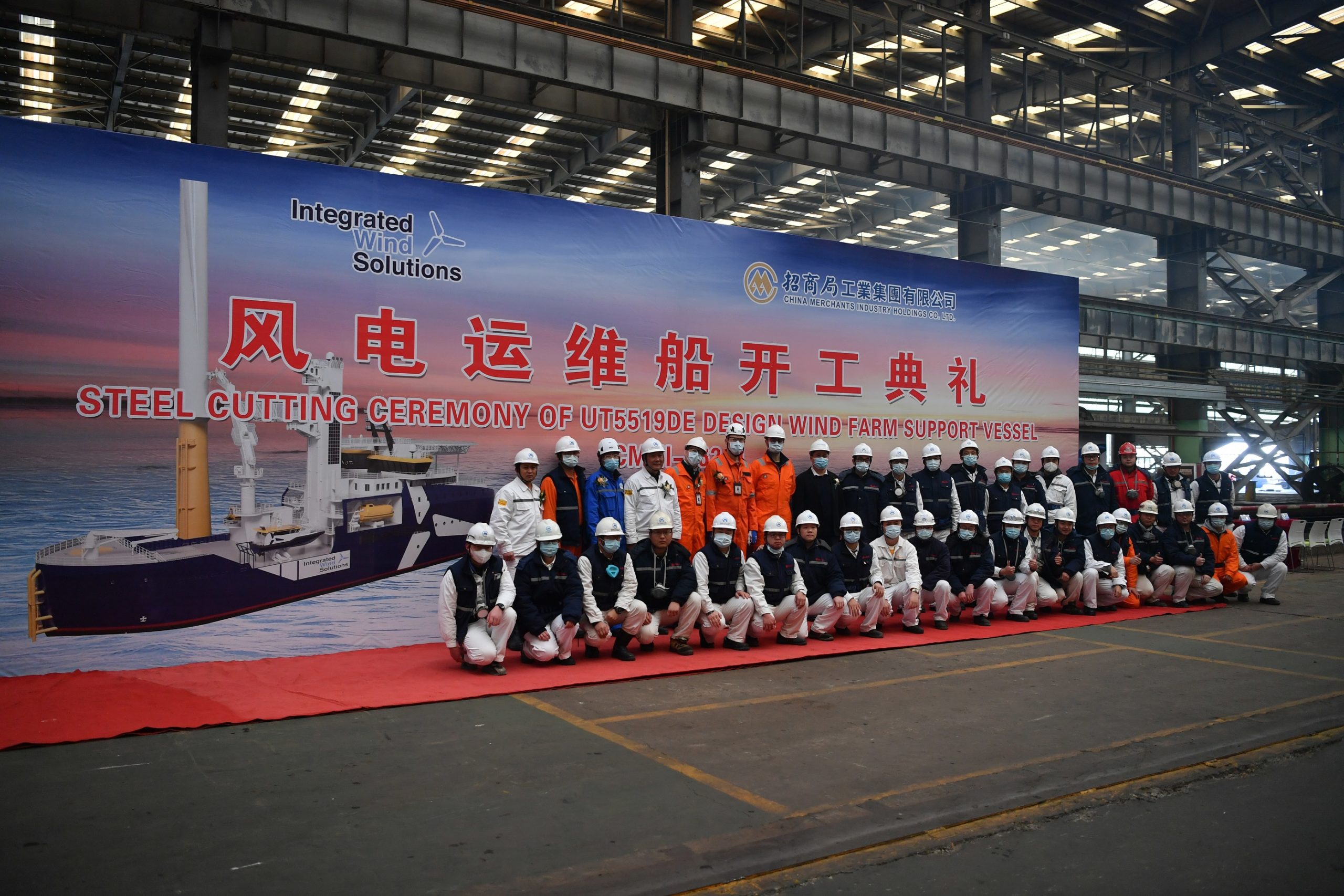 The first steel has been cut for the first Commissioning Service Operation Vessel (CSOV) ordered by IWS Fleet,  a fully owned subsidiary of the Norwegian company Integrated Wind Solutions, at the China Merchants Heavy Industry facility in Jiangsu, China.

The vessel, to be named IWS Skywalker, will commence its first contract in the summer of 2023 at the Dogger Bank Wind Farm in the UK, where it will be used during the commissioning of the 13 MW GE Renewable Energy Haliade-X turbines on the first two phases of the development, Dogger Bank A and Dogger Bank B, until completion in 2025.

IWS Skywalker is designed specifically to support commissioning works during the construction of wind farms, as well as supporting operations and maintenance during the lifetime of offshore wind farms, both fixed-bottom and floating.

The hybrid powered vessel will be the first vessel in the industry capable of zero emission operations, according to the vessel’s owner.

The vessel is designed by Kongsberg Maritime and will be equipped with a fully compensated gangway and crane from MacGregor.

The second vessel of the Skywalker class will be delivered mid-2023. 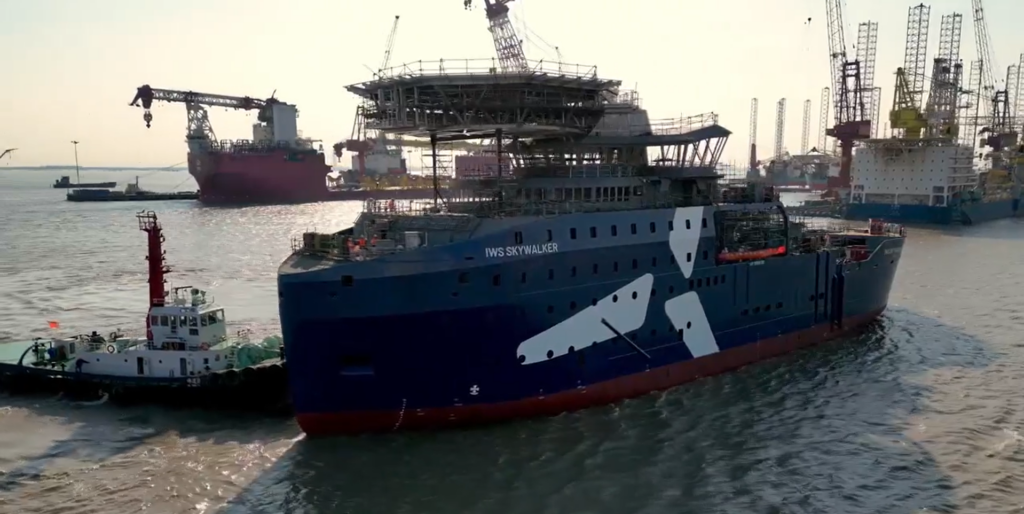