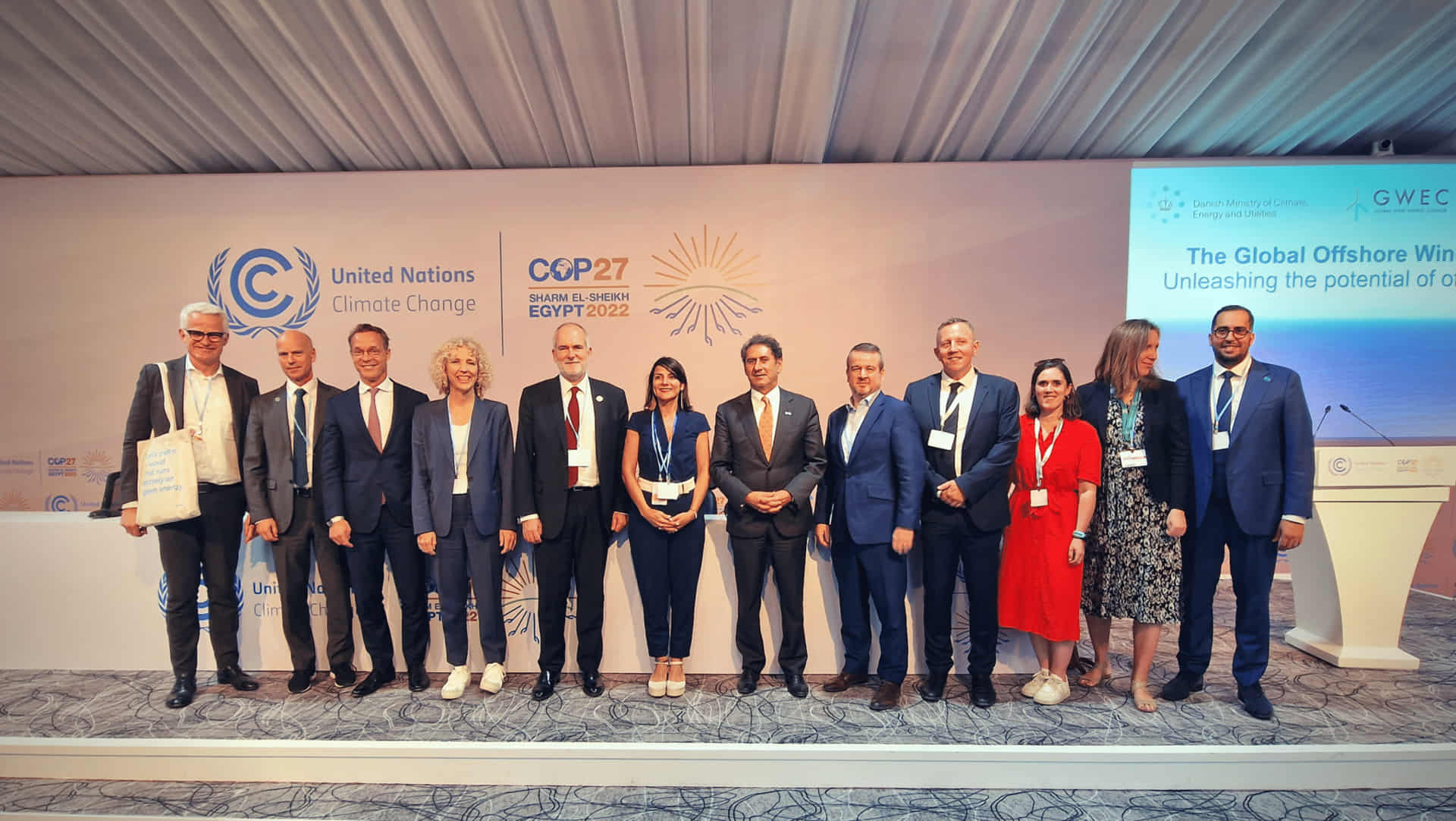 Belgium, Colombia, Germany, Ireland, Japan, the Netherlands, Norway, the UK, and the US have joined the Global Offshore Wind Alliance (GOWA) during COP27 in Sharm el-Sheikh in Egypt.

The alliance, which is bringing together governments, the private sector, international organisations and other stakeholders to accelerate the deployment of offshore wind power, was launched in September by the International Renewable Energy Agency (IRENA), the Government of Denmark, and the Global Wind Energy Council (GWEC).

The members of GOWA are pledging to a rapid ramp-up of offshore wind in order to tackle the climate and energy security crises, with the countries joining the alliance agreeing to work together to drive national, regional, and global ambitions and remove barriers to the deployment of offshore wind in both new and existing markets.

GOWA aims to contribute to achieving a total global offshore wind capacity of a minimum of 380 GW by 2030.

The alliance also wants to help speed up the deployment of offshore wind to have 35 GW installed on average each year across the 2020s and a minimum of 70 GW each year from 2030, culminating in 2,000 GW by 2050, which GOWA estimates will be needed in order to limit global temperature rises to 1.5 degrees and achieve net zero.

“The North Sea will transform to a large sustainable power plant. With this green acceleration, we can replace gas and oil faster with offshore wind and green hydrogen. That way we will strengthen energy independence, lower the bills for households and industry and reduce CO2 emissions.”

Irene Velez Torres, Energy Minister of Colombia said the Global Offshore Wind Alliance was aligned with the country’s priorities and added that Colombia was “committed not only to the energy transition but also to the transformation of the society through the incorporation of non-conventional sources of renewable energy into our energy matrix“.

In August, the Colombian Government, through the Ministry of Mining and Energy and the General Maritime Directorate (DIMAR), published a resolution with which it sets the country on the path of awarding its first offshore wind permits next year.

The resolution follows the release of an offshore wind roadmap for Colombia, which estimates that the country has the potential of installing almost 50 GW of offshore wind capacity across more than 12,000 square kilometres of areas identified for offshore wind development.

Both the UK and the US have also raised their offshore wind ambitions. The UK recently increased its target for 2030 to 50 GW and the US announced a goal to install 15 GW of floating wind capacity by 2035, after setting the 2030 offshore wind target to 30 GW at the beginning of last year.

Newly Forged Alliance Aims for 380 GW of Global Offshore Wind Capacity by 2030
Posted: 4 months ago
‘Normally We Are Competitors’ – Allied European Offshore Wind Ports Ink Declaration as Lack of Port Capacity Looms with Upcoming Projects
Posted: 8 days ago
Five Offshore Wind Auctions Coming Up in 2023 We Are Keeping an Eye On
Posted: 25 days ago
Advertisement
Partner