Poland’s PGE and Ørsted have invited suppliers to the first in a series of meetings to discuss the needs related to the construction of the Baltica Offshore Wind Farm in Poland.

During the first meeting, to be held on 22 April, investors will present the progress of the Baltica Offshore Wind Farm from connection infrastructure to the transmission system, including the scope and tenders planned in the near future, as well as milestones of the investment.

The virtual meeting will mark the beginning of the series “Wind-driven Baltica 2 + 3 workshops – dialogue with suppliers”.

“The transition of the Poland’s energy sector, especially with regards to development of the offshore wind sector, is a great opportunity for Polish companies. That is why we want as many Polish entrepreneurs as possible to get involved in the development of the largest and most promising offshore project in the Baltic Sea, which is the Baltica Offshore Wind Farm,” said Wojciech Dąbrowski, President of the Management Board of PGE Polska Grupa Energetyczna.

“Our last year’s event for suppliers and subcontractors was attended by nearly 500 companies, of which nearly 400 were domestic firms. This proves the enormous potential of this project. We hope for a similar turnout success this time.”

The workshops will be carried out online in the form of video transmission. The suppliers are invited to register and ask questions in advance and send them no later than 20 April.

Within the framework of the planned workshops, representatives of both companies will showcase the investment schedule and the ongoing and planned procurement procedures regarding the main components for the execution of the Baltica Offshore Wind Farm project.

“We can see a huge interest in joining Baltica Offshore Wind Farm supply chain from both global players and Polish suppliers and sub-suppliers. During our dialogue with the market, we want to show the roadmap with recommendations and requirements showing how to become a part of success story of Baltica 2+3”, said Søren Westergaard Jensen, acting Managing Director of the Offshore in Ørsted Polska and Baltica 2+3 project director on behalf of Ørsted.

“We believe that for many of smaller players who are not yet a part of global supply chain, cooperation on Baltica OWF could become a catalyst for growth. Based on this experience and living up to international standards in offshore wind sector, they will be capable to compete in tenders around the world and win them”.

The workshop participants will also be informed of the formal aspects of procurement in the JV Partners’ proceedings, along with procedure schedules and tools used in the contracting process.

Both stages of the IMF Baltica have location permits (PSZW), environmental permits, connection agreements to the transmission network with the operator, and have also received the right to a contract for difference (CfD).

There are currently eleven areas available in the Polish part of the Baltic Sea, under which PGE and Ørsted and other entities have applied for location permits (PSzW).

Last month, PGE and Ørsted made an offer for seabed acreage in the Polish Baltic Sea, which is directly adjacent to the 2.5 GW Baltica Offshore Wind Farm in hopes to expand the project. 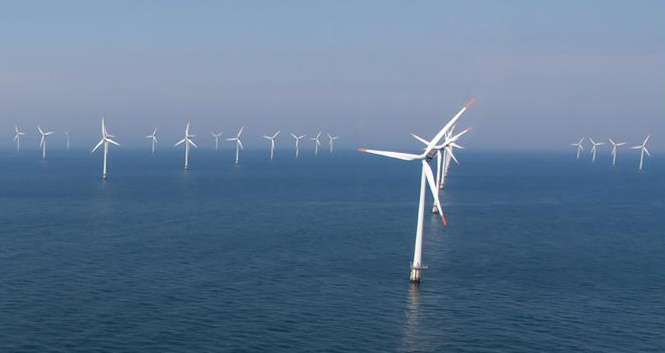