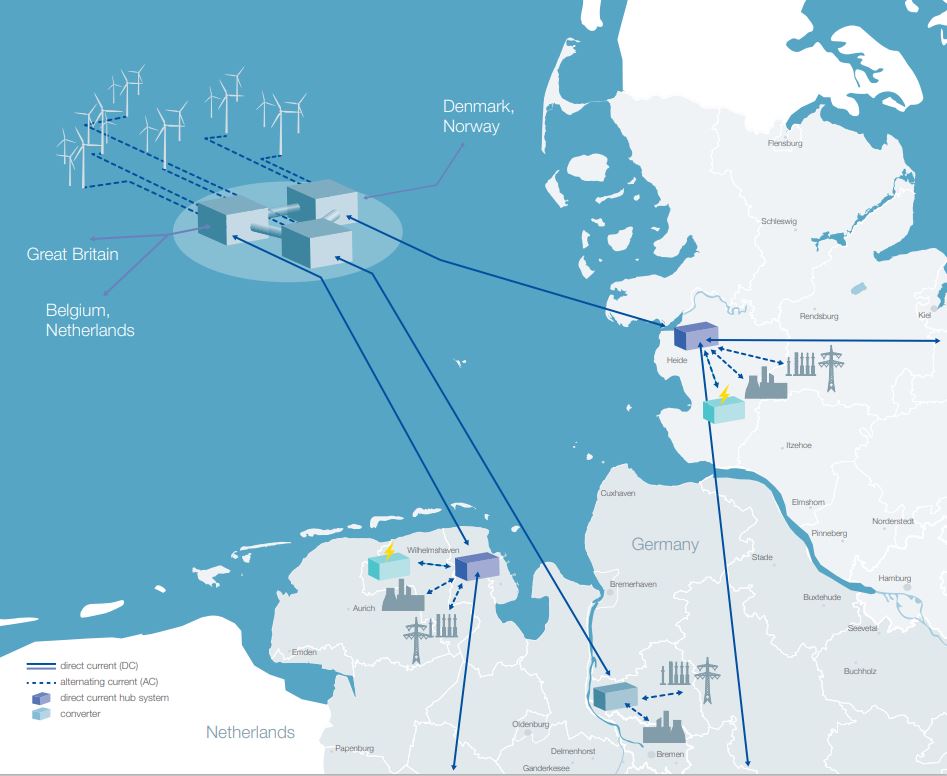 TenneT has presented a new technological solution in Germany which can significantly accelerate offshore grid expansion for wind power in the North Sea and accommodate the build-out of 6 GW of offshore wind capacity in Germany three years earlier.

The solution includes TenneT’s 2 GW standard for direct current connections, supplemented by further technological developments for the wind power booster concept. The concept revolves around three 2 GW wind power boosters, an interconnection hub called LanWin, and specific measures that would make it possible to integrate 6 GW of offshore wind power into the power grid as early as 2032, instead of 2035, i.e. three years sooner than previously envisaged in the grid development plan, in a first step.

The wind power booster is a first concrete step towards a long-term meshed high voltage direct current (HVDC) grid at sea and on land. A meshed direct current grid (HVDC overlay grid) on land and at sea ensures long-term security of supply and reduces the economic costs of integrating renewable energies to achieve the climate targets, TenneT said.

With the proposed expansion path for a further 6 GW by 2032, which was previously not planned until 2035, Germany’s offshore expansion targets can be significantly increased in the short term and thus contribute to accelerated implementation on the path to climate neutrality, according to the company.

The concept LanWin hub, an international interconnection in the North Sea. Interconnecting several offshore connections from different states would increase efficiency, security of supply and create new European electricity trading capacities. This would also support the German climate targets by 2045 as the country’s offshore wind potential will not be sufficient to achieve them.

The modular concept of the LanWin hub enables, for example, interconnection with the Danish “energy island” and, in the future, with other North Sea countries. This distribution hub would be established in the LanWin area of the German Foreign Economic Zone in the North Sea, around 150 kilometres off the German coast.

Furthermore, at the offshore grid interconnection points near the coast, sector coupling with planned electrolysis projects as well as with the gas infrastructure and the feed-in of onshore wind energy is planned.

In order to supply private consumers, industry and planned electrolysis projects with offshore wind energy, as well as to enable a direct connection with continuing direct current lines on land, the three offshore connections will land close to the coast in Heide (Schleswig-Holstein), Wilhelmshaven (Lower Saxony) and in the Bremen area.

The wind power booster concept provides relief for the need for space and land in the coastal regions and at the same time offers new opportunities for the industrial clusters located there. Each of these three areas is to be integrated as a wind power booster with a 2 GW connection, TenneT said.

“Building on our extensive experience in the construction and operation of offshore grid connections, our conceptual and technological innovation for a six-gigawatt hub demonstrates a way to significantly accelerate the achievement of ambitious climate protection targets”, said TenneT COO Tim Meyerjürgens.

“We see this as an offer also for the German government coalition negotiations currently underway, which, as we know, are seeking a boost for the expansion of renewable energies in Germany. At the same time, we are laying the foundation for a sustainable interconnection of the direct current grid. In this way, we are sustainably increasing efficiency as well as security of supply and making an important contribution to the intelligent coupling of offshore wind with electrolysers to be built close to generation and the gas grid”. 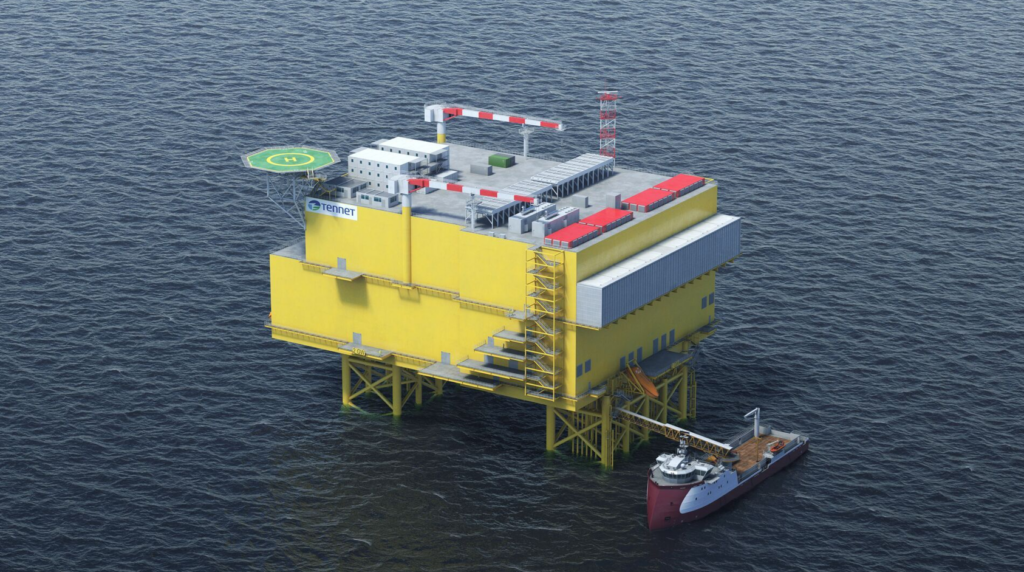