The first wind turbine nacelles built by Senvion for the Trianel Windpark Borkum II wind farm have started their journey to the Buss Terminal Eemshaven in the Netherlands. 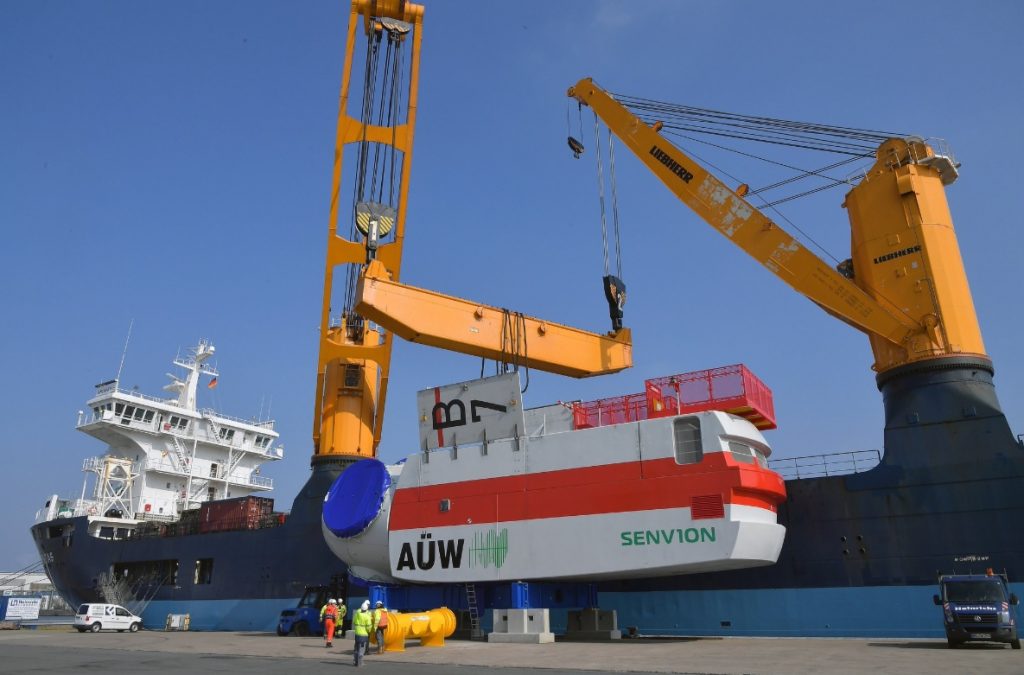 The first of the 32 Senvion 6.2M152 wind turbines are expected to be installed at the site some 40 kilometres north of the island of Borkum in the German North Sea in mid-April.

The turbine components have been arriving at the Orange Blue Terminal, the storage and assembly base, since November 2018. The turbines will be installed by Jan De Nul’s jack-up vessel Vole au vent

The 200MW wind farm is expected to be commissioned in autumn 2019. 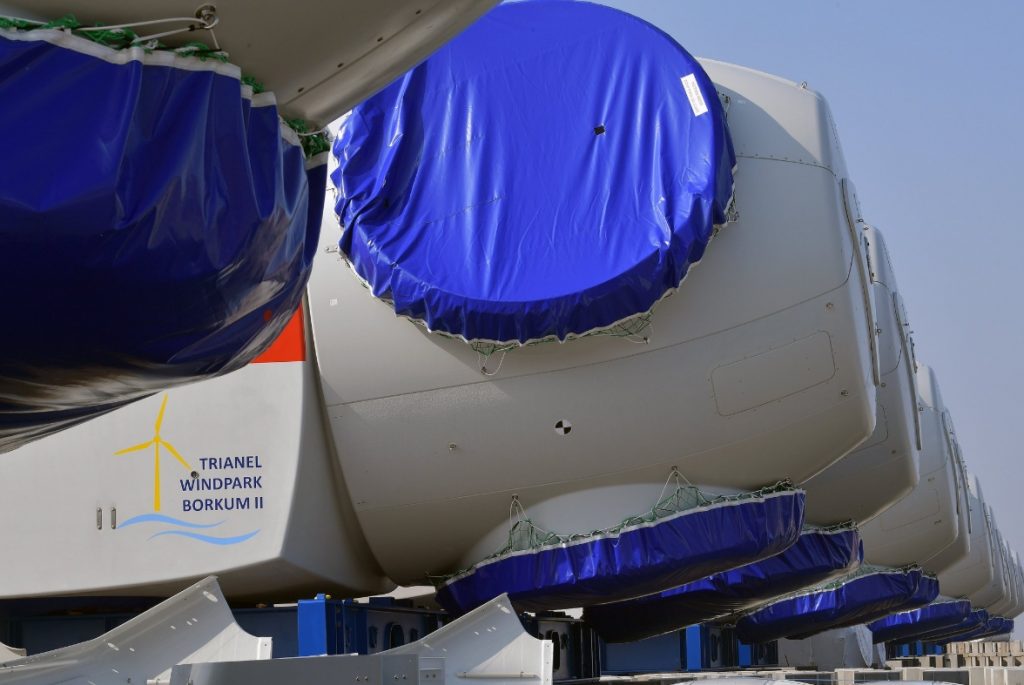 Trianel Windpark Borkum II, the developer of the project, is owned by EWE AG with a share of 37.5 percent, and a joint venture of the power utility of the city of Zurich with 24.51 percent. The Stadtwerke-Kooperation Trianel together with 17 municipal utilities from Germany hold a share of 37.99 percent.