Highlights of the Month – December 2018

Offshore wind farms at three lease areas off Massachusetts will be built by Equinor (former Statoil), Mayflower Wind Energy (a joint venture between Shell and EDP Renewables) and Vineyard Wind. The three will secure 30-year concessions with a total of USD 405,100,000.

Tideway BV, part of DEME Group, has completed the installation of the export cable at the Hornsea Project One offshore wind farm in the UK.

GeoSea has contracted Lamprell for the fabrication of 45 wind turbine and three substation jacket foundations for the Moray East offshore wind farm. The contract is valued at more than USD 200 million.

Fred. Olsen Windcarrier has made an agreement with Seafox International Group to acquire a 51% ownership in the jack-up vessel Seafox 5.

The proposed reduction in 2019 Feed-in-Tariffs (FiTs) for offshore wind in Taiwan could potentially have a negative impact on Ørsted’s localisation plans and the final investment decision for the company’s first offshore projects in the country, a spokesperson for Ørsted told Offshore WIND.

SeaMade NV has awarded the consortium of ENGIE Fabricom, Tractebel, Smulders and GeoSea an Engineering, Procurement, Construction and Installation (EPCI) contract for the two substations of the SeaMade offshore wind farm in Belgium.

Swancor has signed a power purchase agreement (PPA) with Taipower for the Formosa 2 offshore wind farm.

Denmark has narrowed down the list of sites that could accommodate the country’s next large-scale offshore wind farm. It will be built either in the North Sea, close to Horns Rev 3 and Vesterhav Syd, or at the Kriegers Flak area in the Baltic Sea. 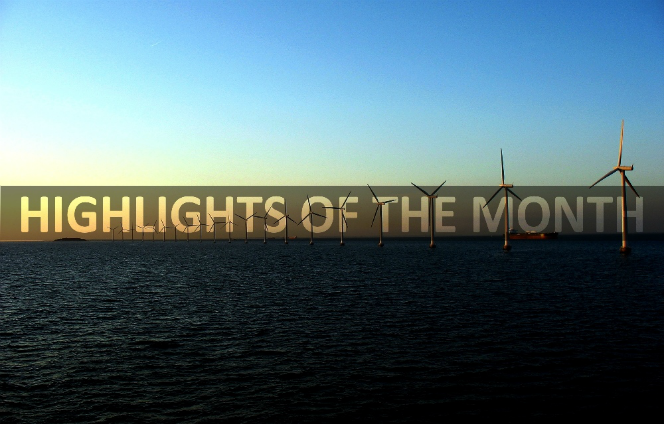