SeaMade NV has awarded the consortium of ENGIE Fabricom, Tractebel, Smulders and GeoSea an Engineering, Procurement, Construction and Installation (EPCI) contract for the two substations of the SeaMade offshore wind farm in Belgium.

The awarded companies will be responsible for the full EPCI of the substations that will collect and export the electricity to Elia’s Modular Offshore Grid (MOG).

Dredging International, a subsidiary of Dredging, Environmental & Marine Engineering NV, is the EPCI contractor for the foundations and 33kV inter-array cables, which will connect each turbine to the relevant offshore substation in looped strings.

The Greek Hellenic Cables will produce 28km of 220-245kV export cable, with Tideway carrying out the cable installation.

The 487MW offshore wind farm will be operated and serviced from Otary’s logistics hub in the port of Ostend.

The news was followed by the announcement that Siemens Gamesa received the order to supply and commission 58 units of the SG 8.0-167 DD turbine under a 17-year service agreement.

Project construction will begin in the summer next year and commissioning is scheduled before the end of 2020. 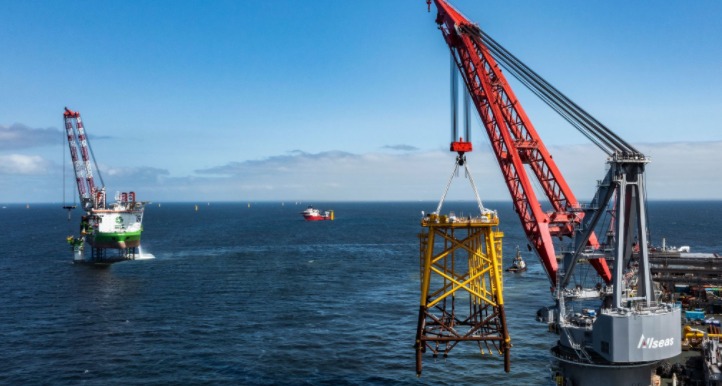