STX France has transported the offshore substation jacket foundation for the Arkona offshore wind farm to a quay in the Saint-Nazaire Port, from where it will be placed on a barge and transported to the wind farm site in the German Baltic Sea.

Seaway Heavy Lifting (SHL) will provide the transport and installation operations of the 1,000-ton foundation and the topside.

Weighing over 5,000 tons, the substation will collect electricity generated by the 385MW Arkona offshore wind farm, currently being constructed by E.ON and its partner Statoil off the coast of the German island Rügen.

The substation will collect the power generated by the turbines and transfer it to 50Hertz’s onshore substation in Lubmin via the 93-kilometre Ostwind 1 cable system. The offshore platform will be used simultaneously by the wind farm and the power grid operator 50Hertz.

In April 2016, STX France won a contract to design, build and install the HVAC substation, as well as its jacket foundation, piles, and topside.

The contract also includes a one year maintenance period, following the platform’s delivery. 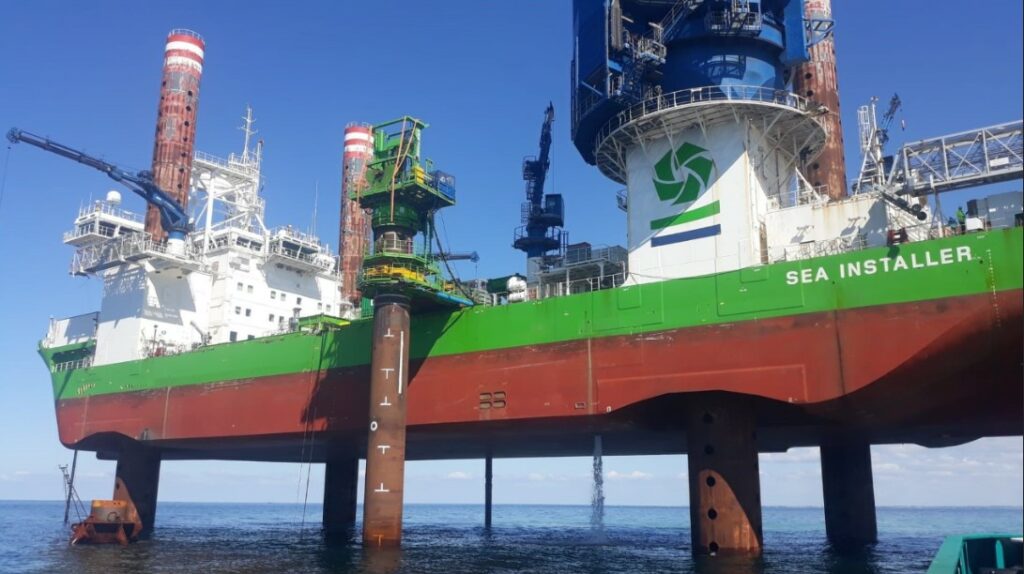