All 60 transition pieces (TPs) have been installed on the Arkona offshore wind farm ahead of schedule, E.ON, the developer of the 385MW project in the German Baltic Sea, said.

The 400-ton TPs were taken from the port of Mukran on the Rügen Island to the construction site some 35 kilometres offshore and bolted onto the monopile foundations which had also been installed earlier than planned.

Preparations for the next steps are also in full swing, E.ON said.

At the French shipyard STX France, the transformer station, which will be operated jointly by the project partners E.ON and Statoil and the transmission grid operator 50Hertz, will be transported by sea from the French Atlantic Ocean to the Baltic Sea in spring.

Once this platform is installed, the turbines will be connected to the substation.

The 75 kilometres of submarine cables required for this have already been delivered from the Nexans plant in Hannover to the base in the port of Mukran in Sassnitz. At the same time, production of the six-megawatt turbines has begun at the Siemens plants, E.ON said.

The EUR 1.2 billion Arkona is expected to be commissioned in 2019. 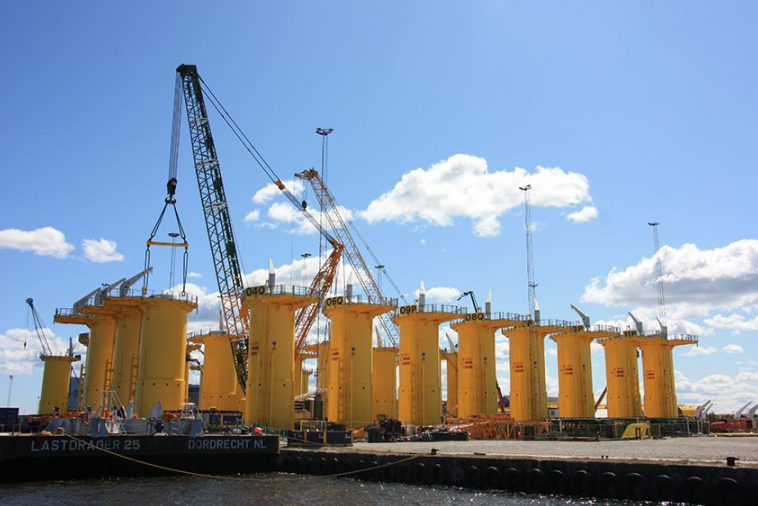