A2SEA’s spokesperson told Offshore WIND that the vessel is currently finalising the mobilisation in Eemshaven and is expected to sail out of the port with the first TPs at the end of the week.

The first 6 of the total of 66 transition pieces were transported from Spain to Eemshaven in mid-October, with RollDock Shipping carrying out the transport of all the TPs using its vessel RollDock Sea.

The Buss Orange Blue Terminal signed a contract with GeoSea in June, under which it will to accommodate the temporary storage, final assembly and transportation of the transition pieces to the wind farm via a jack-up vessel.

GeoSea, who took over A2SEA, kicked off the installation of monopiles in April this year.

German 396MW Merkur offshore wind farm is being built 45km to the north of the island of Borkum and will feature 66 GE Haliade 6MW wind turbines scheduled for commissioning in 2018. 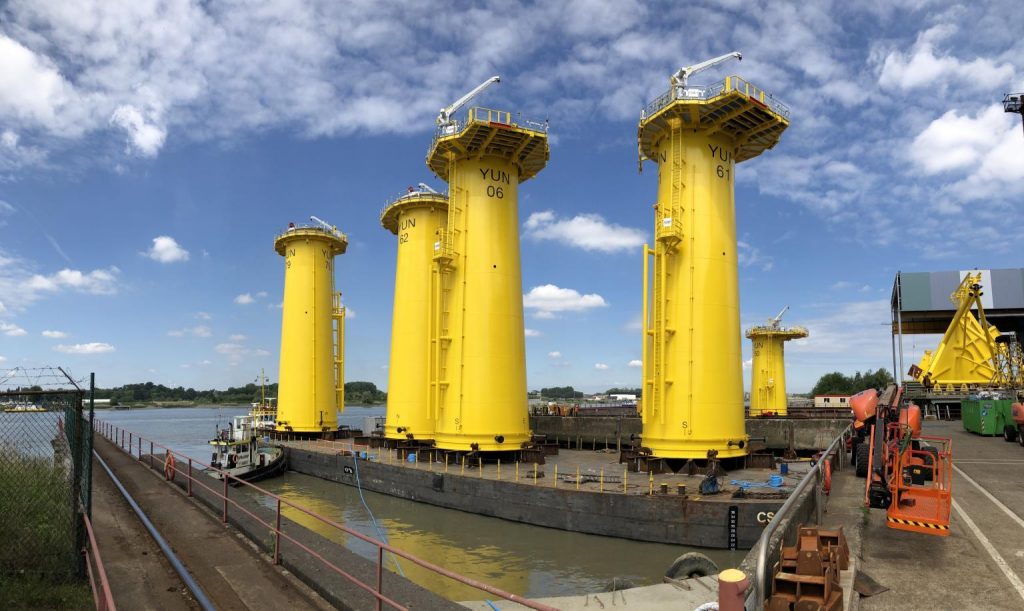