The first 6 of the total of 66 transition pieces (TPs) for the Merkur offshore wind farm have been loaded onto a vessel in Spain and will now set sail to Eemshaven, according to social media updates by those involved in the transport and logistics of the TPs.

The installation of monopiles at the offshore construction site 45km north of the German island of Borkum started in April of this year.

The transition pieces are sent off from Spain since they were produced by the Idesa-Windar joint venture.

Dutch-based company RollDock Shipping is carrying out the transport of all the 66 transition pieces using its vessel RollDock Sea.

The Buss Orange Blue Terminal, located in the Dutch port of Eemshaven, has already commenced preparations for the Merkur offshore wind farm. In June, the terminal signed a contract with GeoSea to accommodate the temporary storage, final assembly and transportation of the transition pieces to the wind farm via a jack-up vessel.

In September, A2SEA – recently taken over by GeoSea – informed that its jack-up Sea Challenger will mobilise in October to transport the transition pieces from Eemshaven to the offhore site, where it will help install them.

The 396MW Merkur will consist of 66 GE Haliade 150-6MW wind turbines and is scheduled to be fully operational in 2019. 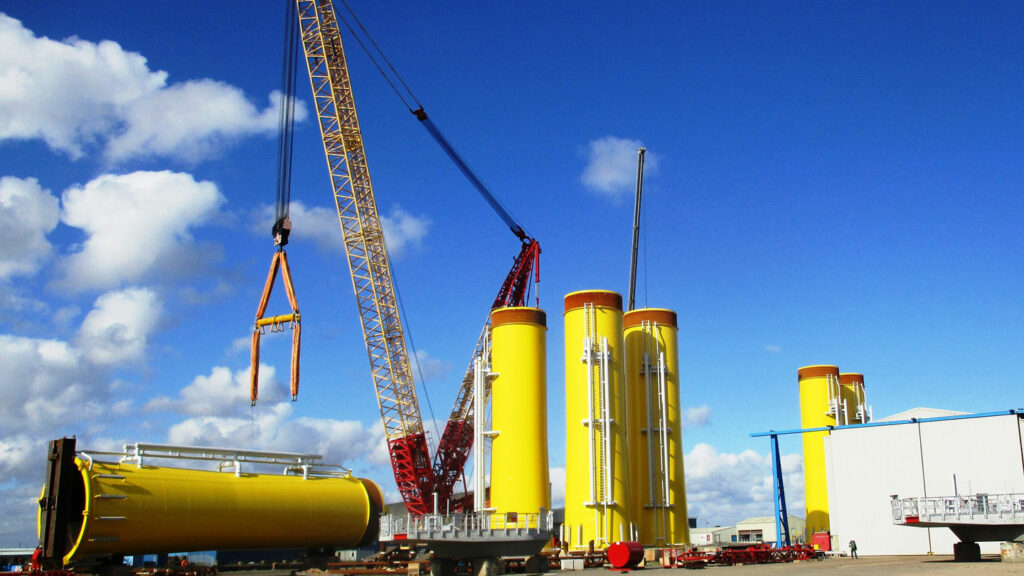