Danish shipping company Blue Water Shipping (BWS) has won a contract to handle and transport jackets and piles constructed for the 350MW Wikinger offshore wind farm in the German sector of the Baltic Sea.

The wind farm comprises 70 turbines with four-legged jackets fastened to the seabed with four piles.

41 of the jackets were produced at Lindo and the piles were made in Aalborg. These jackets and piles will be transported to Sassnitz-Mukran, the project’s base port located on the island of Rügen. The remaining 29 jackets were constructed in Spain.

Blue Water has made an agreement for port handling, stevedoring and agency in both Lindo and Aalborg.

“At Lindo, we will be handling the foundations while Aalborg handles the piles which are produced by Bladt Industries. Both the piles and foundations are transported by barge and we will perform all the preparation of jackets, sea-fastening operations and handling of the barges. Agency for both barges and tugs are also our responsibility,” said Kim Thygesen from Blue Water Lindo.

The turbines are to be installed by Offshore Windforce, a joint venture of Boskalis and Volker Wessels.

Wikinger is Iberdrola’s EUR 1.4 billion project scheduled to be operational by the end of 2017. The offshore construction works at the site were kicked off in March 2016. 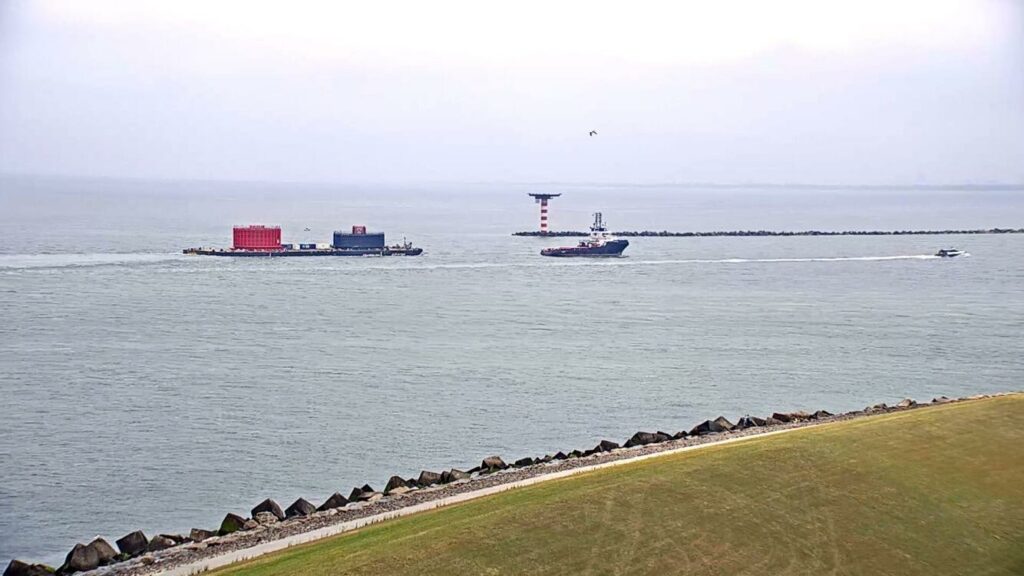