Components for the foundations have been manufactured and the installation will commence in the coming days. The work will be done by using the installation vessel Giant 7, which is currently being mobilized in Rostock, where another ship with the first 32 foundation components is ready to set sail to the prepared construction site.

The production of 70 5MW wind turbines has also already begun at Adwen’s facilities in Bremerhaven and Stade.

The event celebrating the official start of construction was held in Sassnitz, following intensive preparations for the offshore work, and was attended by Mecklenburg-Vorpommern energy minister Christian Pegel, representatives from local politics and businesses, as well as the main contractor.

The EUR 1.4 billion project is scheduled to be operational by the end of 2017, and will supply power to approximately 350,000 German households. In addition, Wikinger has already brought benefits for the regional economy, with some of the major contracts awarded to local companies, Iberdrola said.

The developer also said it is keeping a significant part of the added value of the Wikinger project by collaborating with German contractors and subcontractors in the region. The focal point of the project’s construction, and later on the O&M, is the Sassnitz-Mukran (Sassnitz Ferry Port) on the island of Rügen.

The construction, and the subsequent operation of Wikinger over a period of 25 years, will make room for up to 200 direct, indirect and project-induced jobs. 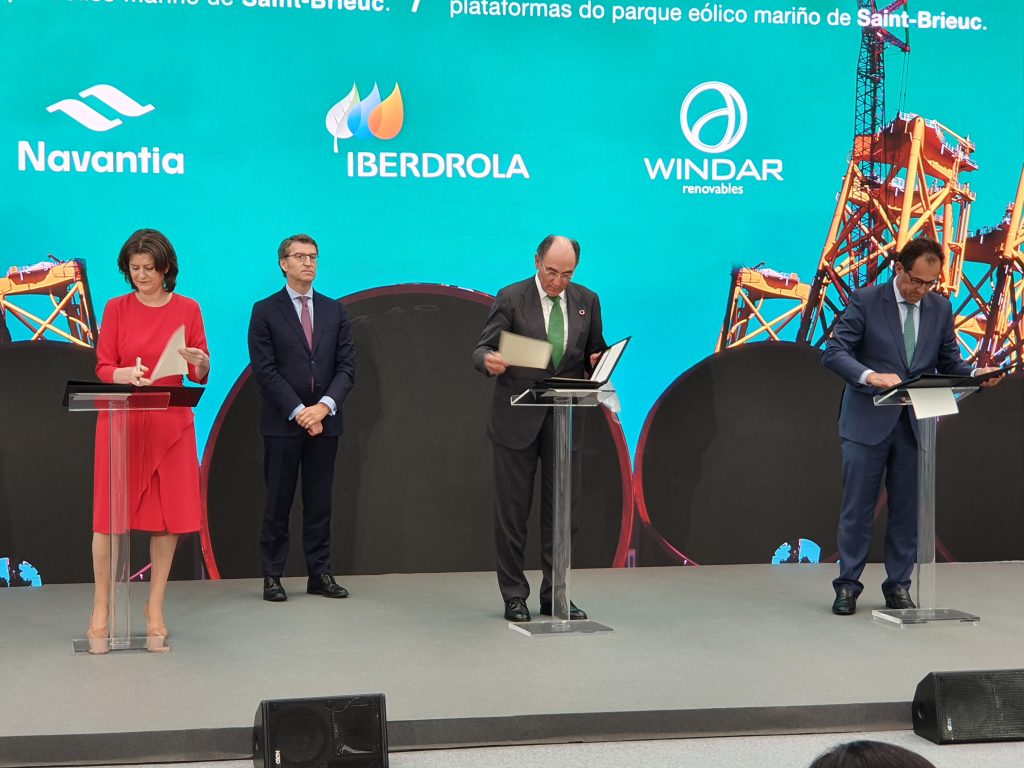