Marco Polo Marine, the Singapore-based marine logistics company, has awarded SMST a contract for the delivery of their mission equipment for the “first-ever” Asian Commissioning Service Operations Vessel (CSOV).

SMST’s mission equipment consists of an Access & Cargo Tower with a motion-compensated gangway, the so-called Telescopic Access Bridge L-Series, and a 5-tonne 3D motion-compensated crane which should allow for the safe transport of personnel and cargo from the vessel to the wind turbines.

In September, Marco Polo Marine unveiled its plans to build, own and operate a CSOV to meet the rising demand for support vessels from the offshore wind farm industry in Asia.

The 83-metre long vessel, co-developed by Marco Polo Marine and Seatech Solutions International, will be the first CSOV to be designed in Asia, according to its owner.

According to information released this September, the vessel will also be designed as future-ready, catering to methanol fuel.

The CSOV is planned to enter the market by the end of the first quarter of 2024.

In December last year, Marco Polo Marine, via its Taiwan-based subsidiary PKR Offshore, signed a Memorandum of Understanding (MoU) with Vestas Taiwan for the deployment of the vessel on offshore wind projects in the Asia Pacific region, over a 3-year period. 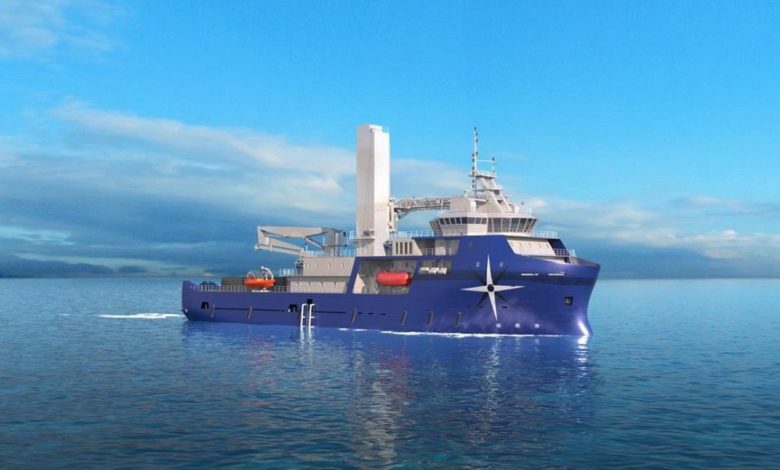