Transmission system operator 50Hertz has announced that the Arcadis Ost 1 offshore substation has been connected to the German extra-high voltage grid after the 220 kV submarine cable required for this was pulled into place on the platform over the past few days.

“We are very proud that this operation was carried out quickly and safely and that we remain on time and on budget for the wider project”, said Simon Deplace, Technical Project Director for Ostwind 2 at 50Hertz.

The work on the cable follows last month’s installation of the substation at the project’s site located in the West of Arkona cluster.

The approximately 100-metre-long submarine cable had already been positioned and wet-stored on the Baltic Sea seabed in front of the substation, at a water depth of 42 metres, in September 2021.

This established the connection to the Arcadis Ost 1 wind farm.

Ostwind 2 is the project to connect the Baltic Sea wind farms Arcadis Ost 1 and Baltic Eagle to the German extra-high voltage grid. To transfer the power from the two wind farms, 50Hertz plans to build three submarine cable systems that will transmit a total of 750 MW of power.

The laying of the second cable system was completed in December last year by a consortium of NKT and Boskalis.

The 257 MW Arcadis Ost 1 offshore wind farm is situated some 20 kilometres off the Rügen island where the first out of 28 monopile foundations was installed at the beginning of last month.

Baltic Eagle, the 476 MW project of the Spanish energy company Iberdrola, is located some 30 kilometres off Rügen, and about 90 kilometres off Lubmin and the onshore substation on the Greifswalder Bodden.

The developer has also chosen the Vestas V174-9.5 MW model for the Baltic Eagle which is scheduled to be operational next year. 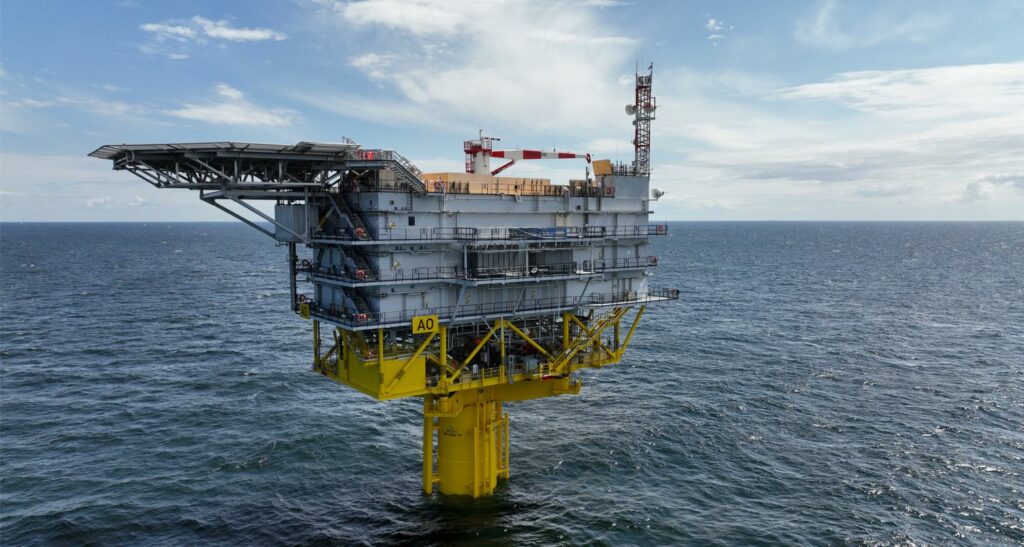