The second of the three 220 kV export cable systems for the Ostwind 2 project in the German Baltic Sea has been laid, 50Hertz Transmission GmbH said.

This brings the connection of the Baltic Eagle offshore wind farm another step closer, the German transmission system operator said. The third and final cable is to be installed in 2022. Two of the three cable systems will connect to Baltic Eagle, the wind project developed by Iberdrola.

The laying of the first cable system was completed in September. This established the connection to the Arcadis Ost 1 wind farm.

”We kept our word,” said Dr. Henrich Quick, Head of Offshore at 50Hertz.

”In 2016, we promised to install two cable systems within five years. We have achieved this ambitious goal in part through good and trusting cooperation with partners and suppliers.”

In addition, offshore sea cables are highly complex devices; special insulating layers are wrapped tightly around the three cable core phases made from copper and mechanical shields made from metal result in a high weight.

One metre of submarine cable weighs approximately 120 kilograms. This makes the transport from the production facility to the offshore installation site logistically demanding.

A cable system of 90 kilometres can therefore not be laid in one continuous segment, but is divided into several cable sections. The individual sections are between 13 and 37 kilometres long and are connected with sub-sea cable joints.

Laying a cable section takes approximately two to four weeks, depending on a number of factors, such as weather and sea-state conditions.

”This shows that we put a lot of thought into the proper planning of logistics and technical implementation in advance so that we can keep to our schedules,” Dr. Quick said.

Ostwind 2 is the project to connect the Baltic Sea wind farms Arcadis Ost 1 and Baltic Eagle to the German extra-high voltage grid. To transfer the power from the two wind farms, 50Hertz plans to build three submarine cable systems that will transmit a total of 750 MW of power.

The Belgian offshore wind farm operator Parkwind will operate the Arcadis Ost 1 wind farm. Parkwind and 50Hertz will operate a joint offshore platform for the wind farm. The installation of the platform in the Baltic Sea will take place next summer, according to 50Hertz. The two companies agreed on this in a memorandum of understanding in 2019. 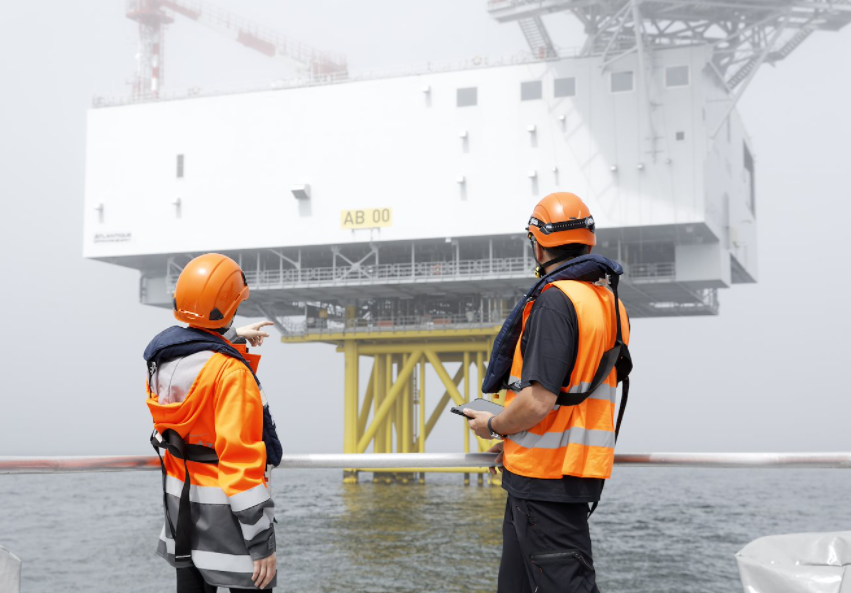