According to MO4, the technology will provide operational data analytics and forecasting support to help drive efficiencies across the fleet including low carbon emissions through reduced fuel usage.

The digital solution gathers data on influential areas such as weather fronts, workloads, work routes, and drop-off schedules to assist in making informed decisions, the company pointed out.

As all four vessels will be monitored and harmonised, the ongoing AI learning is expected to increase in-field efficiencies even further.

The four hybrid-powered vessels are bound for the Dogger Bank Wind Farm, which is being developed by joint partners Equinor, SSE Renewables, and Eni, and will be operated by Equinor throughout the project’s anticipated 35-year lifespan.

Last year, North Star won the tender for the delivery of all four SOVs for the 3.6 GW Dogger Bank offshore wind farm.

The vessels are being built at VARD’s Vung Tau shipyard in Vietnam. Work on the first vessel commenced in October and the first SOVs are scheduled to arrive at Port of Tyne in summer 2023, with the Dogger Bank C ship due in 2025. 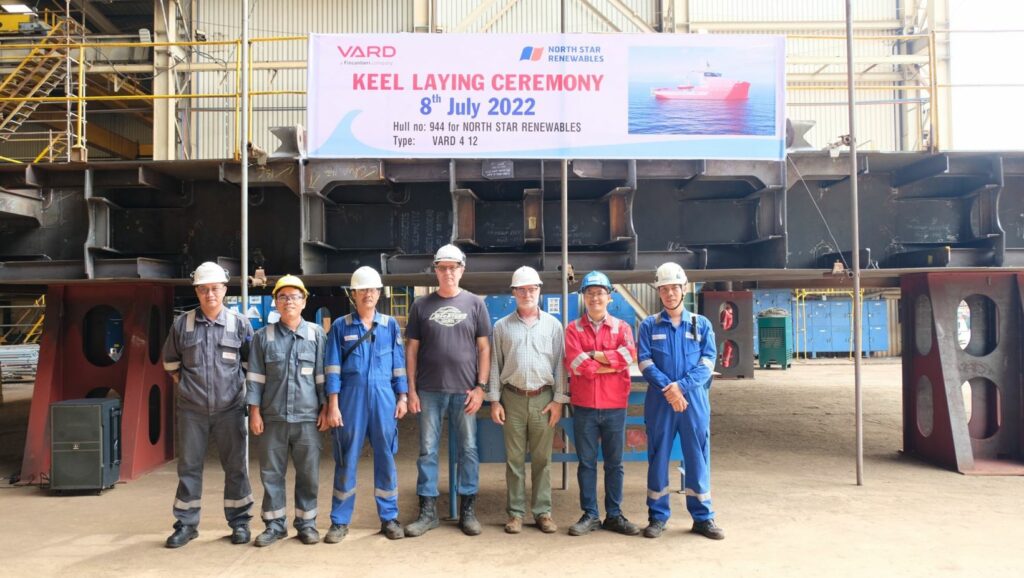