US-based CDMG Metal Buildings has been awarded a USD 42.7 million contract by the Port of Albany to supply four metal buildings for the nation’s first offshore wind tower manufacturing plant.

The contract was signed during a meeting of the port district commission to allow a joint venture to begin manufacturing wind towers and other parts by the end of 2023.

Under the contract, CDMG is scheduled to ship the first pre-engineered wind turbine metal building to the port by late September or early October, with the remaining three buildings to be completed in the fall.

Last year, the Port of Albany won a USD 29.5 million Federal grant for the design and construction of the infrastructure necessary to develop an offshore wind tower manufacturing facility at the port.

The project involves building the necessary infrastructure to develop 81 acres of a vacant industrial area along the Hudson River into an offshore wind tower manufacturing port and redevelopment of an additional 14.5 acres of vacant area inside the Port of Albany.

The development of the tower manufacturing facility in the Port of Albany started after Equinor, together with its partner BP, won New York’s 2.5 GW offshore wind tender at the beginning of last year.

The facility will be built by Marmen Welcon, a joint venture between two manufacturers of onshore and offshore wind towers, which entered into a strategic alliance with Belgian company Smulders for the production of transition pieces.

The wind tower factory will be employing 550 workers, including electricians, welders, painters, assembly workers, and support staff. Wind turbine sections of up to 33 feet in diameter and 164 feet long will be fabricated in the offshore manufacturing facility.

According to CDMG, the entire project is part of New York State’s plan to build 9 GW of offshore wind turbines along the Atlantic Coast by 2035. 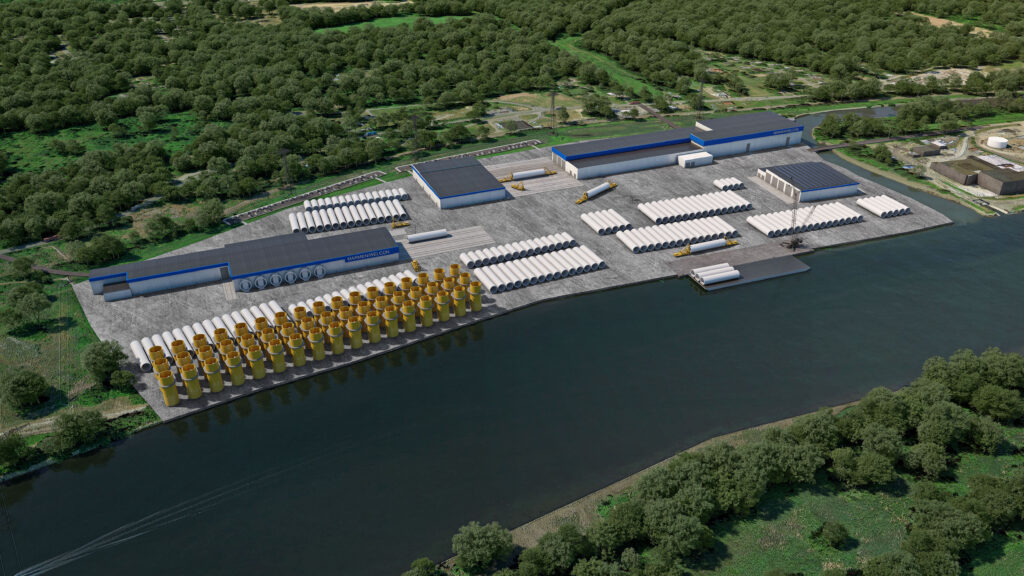