SSE Renewables and Equinor have reached financial close on Dogger Bank Wind Farm C, the third phase of what will be the world’s largest offshore wind farm when complete in March 2026.

SSE Renewables and Equinor are already constructing the first two phases of the 3.6 GW Dogger Bank Wind Farm with Eni, a joint venture partner on phases A and B to be installed off the northeast coast of England.

Now, with financial close being reached on the project’s third phase, Dogger Bank Wind Farm has passed the last important milestone ahead of its construction delivery programme, the joint venture partners said.

Total investment in Dogger Bank Wind Farm will be around GBP 9 billion (EUR 10.57 billion), of which around GBP 3 billion is for phase C including offshore transmission capex in the range of between GBP 900 million and GBP 1 billion.

Dogger Bank C has a capacity of 1,200 MW and will generate around 6TWh. In total, Dogger Bank will produce enough clean, renewable electricity to supply five per cent of the UK’s demand, equivalent to powering six million UK homes.

Dogger Bank A and B is a joint venture between SSE Renewables (40 per cent), Equinor (40 per cent) and Eni (20 per cent). Back in November, SSE and Equinor announced the sell down of a combined 20 per cent share in Dogger Bank C to Eni for a total consideration of GBP 140 million. The transaction is expected to close in the first quarter of 2022, subject to regulatory and lenders approvals and customary purchase price adjustments. Eni will enter the asset effective from completion of the sell-down transaction.

”It is a fantastic achievement to be reaching financial close on the third phase of the world’s largest offshore wind project, just weeks after COP26 concluded in Glasgow and today marks an important early milestone in the delivery of our own Net Zero Acceleration Programme,” Alistair Phillips-Davies, SSE Chief Executive, said.

”Construction is well underway on the first two phases of Dogger Bank with work on the third phase already progressing and we look forward to this ramping up in the New Year. As well as providing clean, green power, Dogger Bank is enabling the planned GE blade manufacturing plant in Teesside and a huge number of direct and indirect jobs.”

Dogger Bank C is being project financed with gearing of c.70 per cent for the generation assets. Gearing on the transmission facilities is set at 90 per cent of the forecast OFTO sale proceeds, in line with standard market practice in the sector. Total senior debt facilities is around GBP 2.5 billion-plus ancillary facilities of around GBP 435 million.

With the strong interest from lenders, Dogger Bank C was able to secure competitive terms, despite continued impact from the coronavirus pandemic on the macroeconomic environment, the project partners said. The final group of lenders includes experienced lenders, many of which are relationship lenders of both SSE and Equinor. The majority of lenders are the same as for the financing of Dogger Bank A and B, reached in November 2020.

Pål Eitrheim, Equinor EVP of New Energy Solutions, said: ”Reaching financial close on the third phase of Dogger Bank is a significant milestone as it demonstrates that we are on track with developing what will become the world’s largest offshore wind farm. The extensive interest from lenders underpins the attractiveness of UK offshore wind assets and the confidence in SSE and Equinor as developers. The level of interest achieved reflects the quality of the project and enables strong return on equity. As the wind farm’s future operator, we will leverage our offshore execution capability and continue to deliver value for years to come.”

Onshore cable installation civils works for Dogger Bank C will start in the first quarter of 2022 and the construction of the onshore converter station will commence in the second quarter of 2022.

Dogger Bank C is expected to deliver first power in the third quarter of 2025 and be fully commissioned in the first quarter of 2026.

First power is expected in Summer 2023 and Summer 2024 for Dogger Bank A and B, respectively, with commercial operations to follow around six months later. 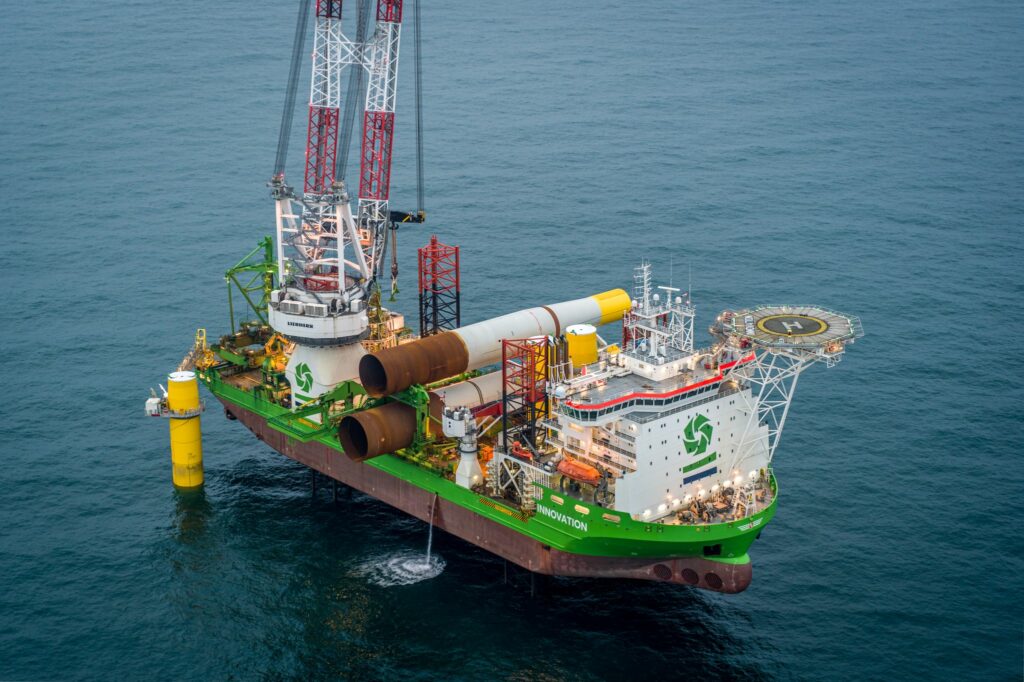