Aker Solutions has won a contract for the Sunrise Wind offshore wind project in the US, valued at more than NOK 3 billion (approx. EUR 309 million / USD 358 million).

Under the contract secured with Ørsted and Eversource, the company will provide the high-voltage direct current (HVDC) transmission system for their offshore wind farm in New York, which is planned to have around 924 MW of installed capacity.

Specifically, Aker Solutions will deliver the offshore platform consisting of a steel jacket foundation, and a topside platform deck housing the electrical equipment, with the system scheduled to be delivered in the second half of 2025.

This is the first offshore wind project for Aker Solutions in the US, the company noted in its third quarter results, where it revealed the new contract and said it was secured during the third quarter.

The Sunrise Wind project entered federal permitting process in August, when the Bureau of Ocean Energy Management (BOEM) announced its plan to start an environmental review for the proposed offshore wind farm.

Sunrise Wind is planned to have up to 122 wind turbines and an installed capacity of between 880 MW and 1,300 MW, which could power around 600,000 households with clean electricity. 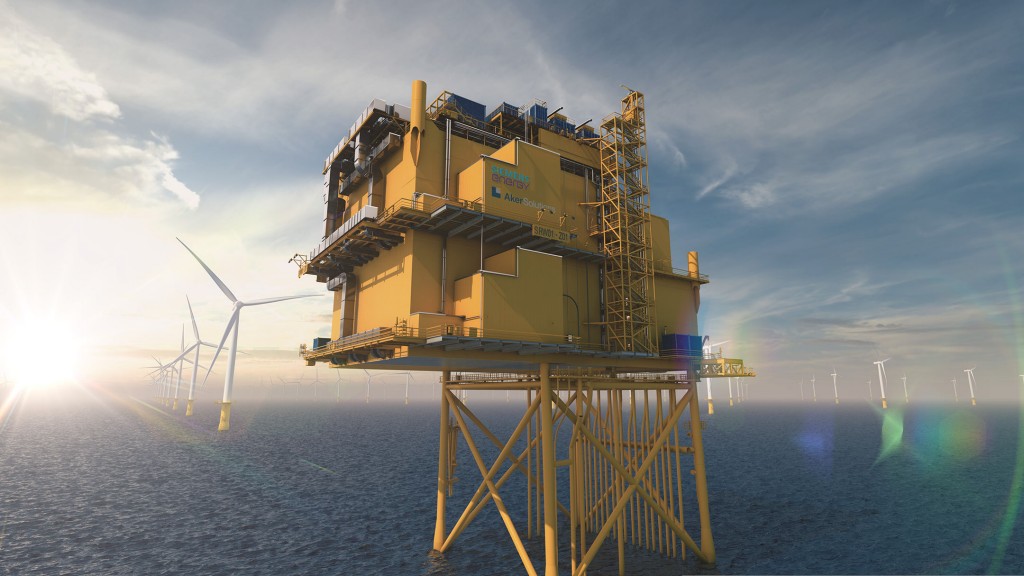