US to Start Federal Permitting Process for Sunrise Wind OWF

The US Bureau of Ocean Energy Management (BOEM) plans to start an environmental review of the Sunrise Wind project offshore New York, the US Department of Interior (DoI) said on 30 August.

Sunrise Wind is planned to have up to 122 wind turbines and an installed capacity of between 880 MW and 1,300 MW, which could power around 600,000 households with clean electricity.

The large-scale offshore wind farm would help New York meet its clean energy goal of achieving 70 per cent electricity from renewable sources by 2030, as well as the US goal of having 30 GW of offshore wind installed by that time, according to the DoI.

BOEM has now issued a Notice of Intent to Prepare an Environmental Impact Statement (EIS), opening a 30-day public comment period on the proposed Construction and Operations Plan (COP) for the project to determine the scope of the review, before conducting a full environmental analysis as part of the EIS and determining whether to approve the COP. 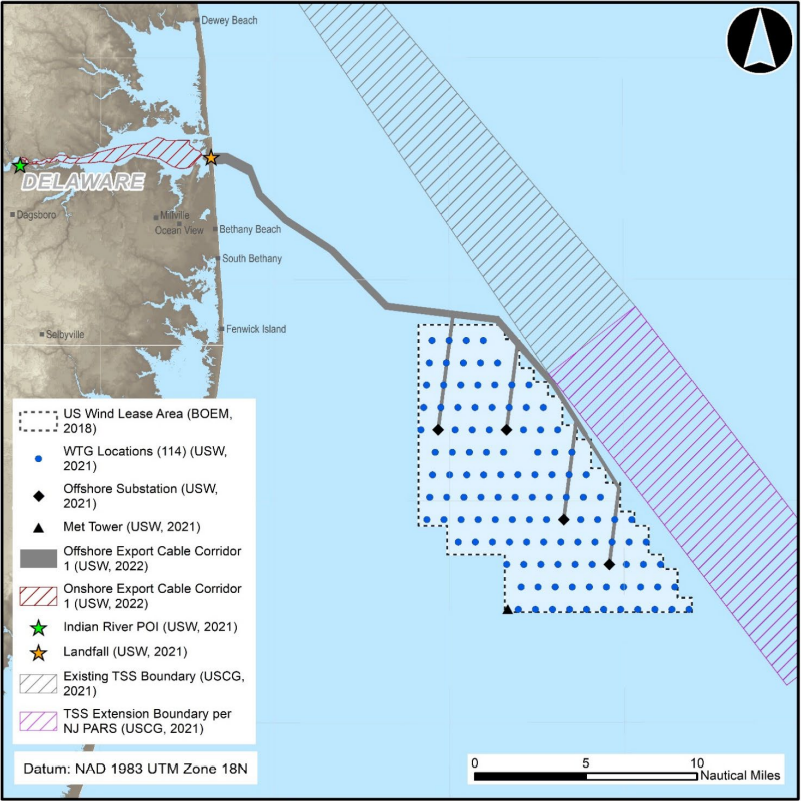