Ørsted and ZE PAK (Zespół Elektrowni Pątnów-Adamów-Konin), Poland’s second largest producer of energy from coal-fired plants with a strategy for phase-out until 2030, have signed a letter of intent to jointly participate in the upcoming auction for seabed leases in Poland and the country’s Contract for Difference (CfD) tenders in 2025 and 2027.

The companies plan to create a 50/50 joint venture, which will be subject to merger clearance, and to take part in the upcoming auction for seabed leases in the Polish Baltic Sea. If successful in the lease auction, the partners intend to jointly bid into Poland’s future offshore wind CfD auctions planned for 2025 and 2027, Ørsted said in a press release on 14 October.

In Poland, Ørsted is developing a 2.5 GW offshore wind project together with PGE. The Baltica Offshore Wind Farm, which was awarded a CfD this April, will be developed in two stages: Baltica 3 and Baltica 2. Subject to Ørsted’s and PGE’s final investment decisions, the 1 GW Baltica 3 would start generating power around 2026, while the 1.5 GW Baltica 2 would become operational by 2027.

Ørsted’s new partner in the country, ZE PAK, Poland’s fifth largest power producer, has decided to phase out coal-fired power generation no later than 2030 and intends to join the market for renewable hydrogen. The company, listed on the Warsaw stock exchange, has already started its transition from fossil-based to renewable energy generation, having completed the construction of the largest solar farm in Poland recently and planning to be the first to start producing green hydrogen, according to Piotr Woźny, President of the Management Board of ZE PAK.

“[We] are a leader in reducing carbon emissions and most importantly we will be the first in Poland to move away from coal. Offshore wind energy will be an important part of ZE PAK’s transformation into a producer of clean and green energy”, Piotr Woźny said.

According to 2020 statistics from the International Energy Agency (IEA), published earlier this year, during April-May 2020, Poland became the leading coal power producer in OECD Europe, overtaking Germany for the first time on record. It is worth noting that, in the same period, coal power output in Germany more than halved, compared to 2019.

Poland targets reducing coal-fired power generation from approximately 70 per cent today to 11-28 per cent by 2040 and diversifying its energy mix through a large-scale build-out of renewables. As part of its energy transition, the country aims to install 5.9 GW of offshore wind capacity by 2030 and 11 GW by 2040.

In January, the Polish government signed into law an Offshore Act which regulates the development of offshore wind farms in the Polish Baltic Sea.

Under the Act, up to 5.9 GW of capacity was offered via Contracts for Difference in the first half of 2021 for projects in the most advanced stages of development, some of which could be operational by 2025. Ørsted and PGE’s 1 GW Baltica 3 and 1.5 GW Baltica 2 offshore wind farms were one of the awarded projects in this round.

The second phase of development will include two auctions, the first in 2025 and the second in 2027, both procuring 2.5 GW of capacity, bringing Poland’s total offshore wind capacity either operational or under development to 10.9 GW by 2027. 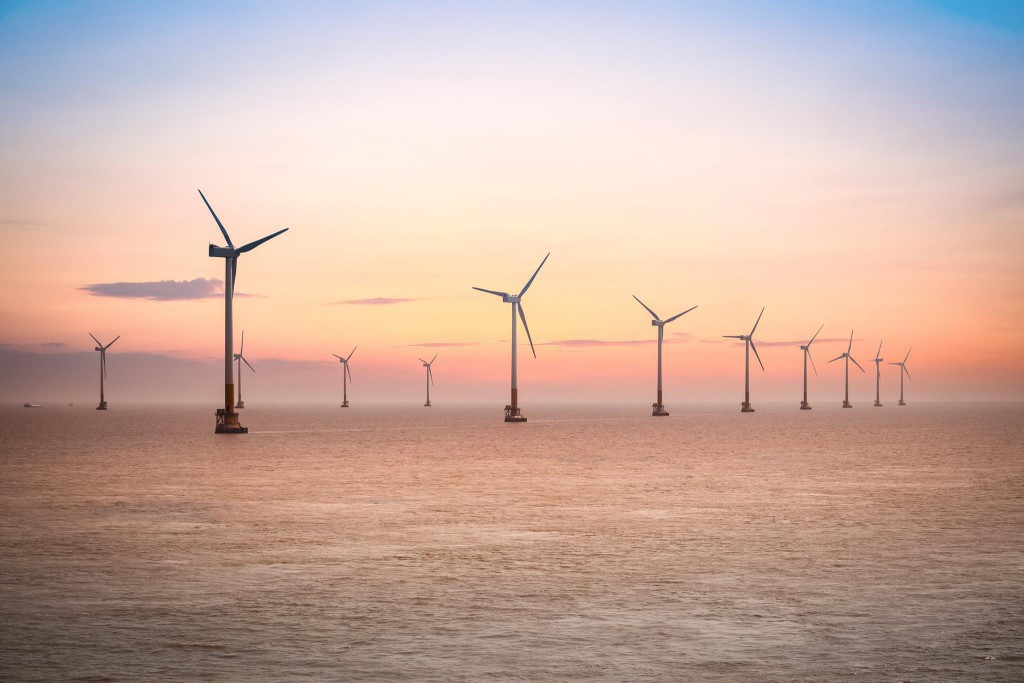