The Navantia-Windar consortium has completed construction of its 100th jacket foundation at Navantia’s yard in Fene.

The 100th jacket for Navantia-Windar is the third of the total of 62 being produced for the French Saint-Brieuc offshore wind farm under a contract the consortium has with Iberdrola.

The project has created nearly 2,000 jobs, mainly in Fene, Avilés and the Navantia-Windar facility in the port of Brest. In addition, the manufacture of components is distributed in other regions of Galicia and Andalusia, according to Navantia.

The companies completed the first jacket foundation for the French offshore wind farm at the shipyard in Fene in April, after receiving the first batch of components manufactured at the French port of Brest.

A few days ago, Navantia reported that it had manufactured the first node using robotic welding for the Saint-Brieuc offshore wind project – the first time automated welding of offshore nodes was carried out in commercial phase, according to the Spanish offshore wind foundation manufacturer.

Construction works on the Saint-Brieuc offshore wind farm began on 3 May with the installation of the first pin piles for the jacket foundations.

The piles are being installed by Van Oord’s vessel Aeolus, which recently left the bay of Saint-Brieuc after a leak of hydraulic fluid in the drilling equipment.

The 496 MW offshore wind farm is planned to be put into operation in 2023. 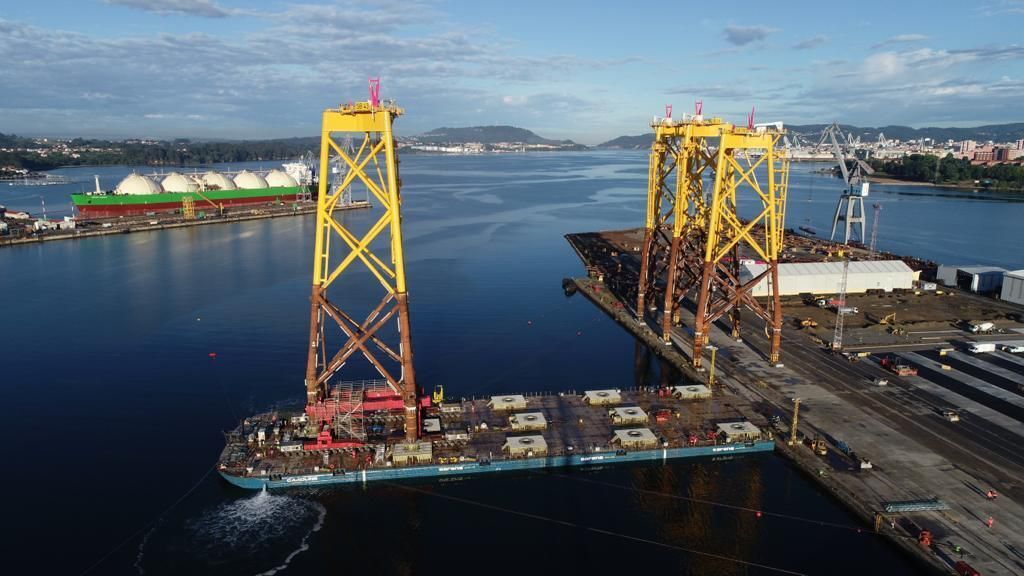