Navantia has manufactured the first node using robotic welding for the Saint-Brieuc offshore wind project. This is the first time automated welding of offshore nodes was carried out in commercial phase, according to the Spanish offshore wind foundation manufacturer.

The robotised node welding cell, whose industrial property is shared by Navantia, INTAF, AIMEN and Electrorayma, began its development in 2013. Since then, it has been improving and integrating new capabilities, and the cell is now certified to carry out professional work, Navantia said.

Using the technology leads to a lower cost for the end customer compared to standard solutions, according to Navantia.

The company said its robotic welding workshop was available for commercial use for its own projects, as well as for third party projects through the supply of welded nodes.

Under a contract awarded in June 2019 by Iberdrola, the developer of the Saint-Brieuc offshore wind farm, the Navantia-Windar consortium is in charge of manufacturing and assembling 62 jacket foundations and accompanying pin-piles which will support Saint-Brieuc’s Siemens Gamesa 8 MW turbines.

The contract includes the manufacturing and final assembling in Fene in Spain, manufacturing of the piles in Aviles in Spain, as well as the fabrication of some components in Brest.

The 496 MW offshore wind farm, currently under construction, is located in the Bay of Saint-Brieuc in Brittany, 16.3 kilometres from the Breton coast.

Once operational in 2023, Saint-Brieuc wind farm will produce 1,820 GWh of electricity per year. 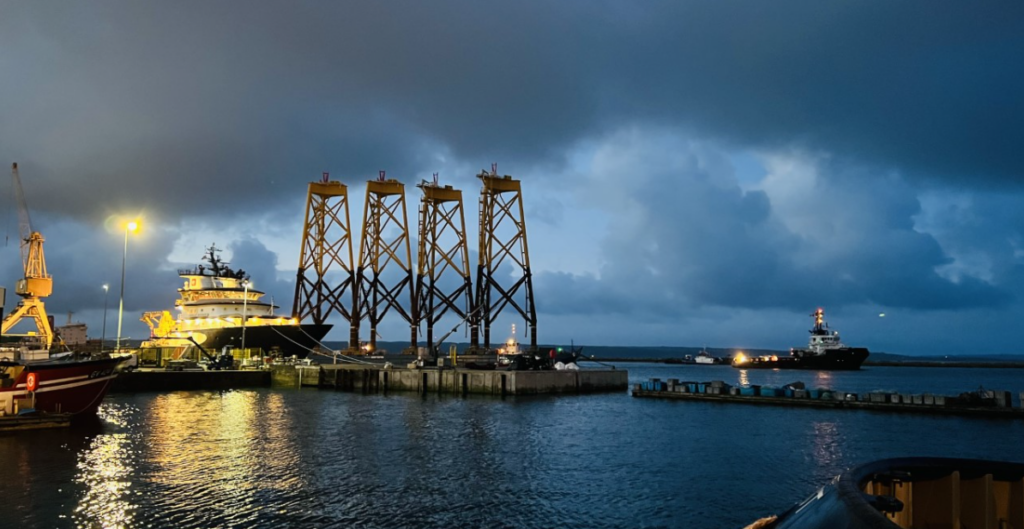