French energy major Total has signed an agreement with wpd to acquire a 23 per cent interest in Yunlin Holding GmbH, the owner of the 640 MW Yunlin offshore wind farm in Taiwan.

The project, currently under construction, represents production capacity of 640 MW and benefits from a 20-year guaranteed-price power purchase agreement (PPA) with the state-owned company Taipower of USD 250/MWh for the first 10 years and USD 125/MWh for the following 10 years .

For this acquisition of a 23 per cent interest, Total will pay to wpd a consideration based on its share of past costs.

Located around 10 kilomtres offshore at water depths ranging from 7 to 35 metres, the wind farm will comprise 80 Siemens Gamesa wind turbines with a unit capacity of 8 MW.

Construction is scheduled to be completed in 2022. Once on stream, the project will produce 2.4 TWh of renewable electricity per year, enough to serve the power needs of 605,000 households.

Procurement of the main components has been finalized and marine works are underway. The project reached a major milestone with the installation of the first wind turbine on 23 April.

”This agreement provides Total with an opportunity to gain a foothold in one of Asia’s main offshore wind markets and strengthens the Group’s position in this fast-growing segment, in line with its strategy of profitable development in renewables worldwide,” said Stéphane Michel, President Gas, Renewables & Power at Total.

”Taiwan has been a pioneer in developing offshore wind power in Asia, and we are proud to contribute to the transformation of its energy mix. We are delighted to enter into this first partnership with wpd, one of the leading independent developers of offshore wind power.”

The acquisition, which is subject to government approval, will broaden the Total’s portfolio of offshore wind projects under development and construction that currently represents a cumulative capacity of about 5.5 GW.

The fixed-bottom and floating wind projects are located in South Korea, England, France, Scotland, and Wales. 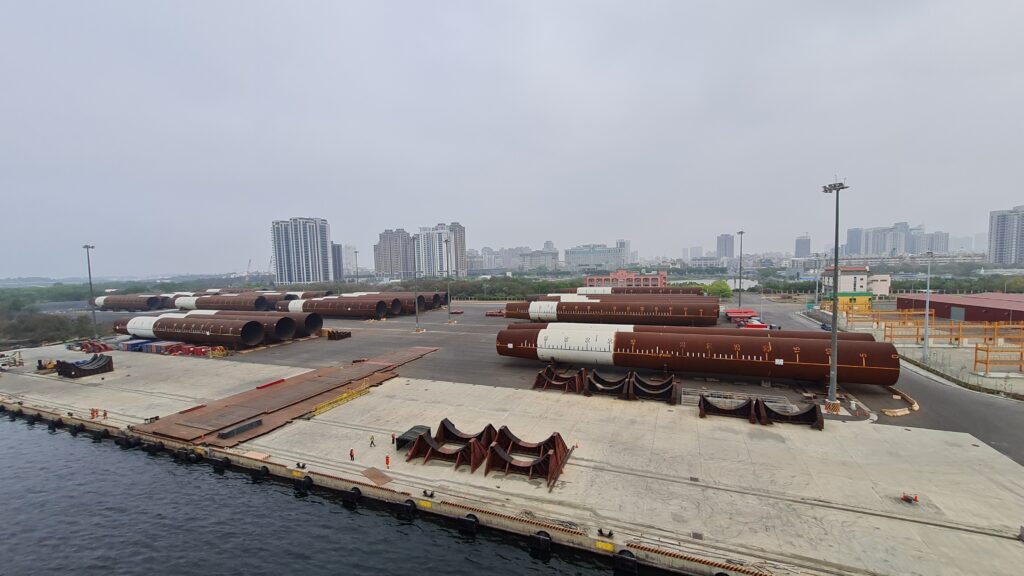