SSE Renewables has taken a final investment decision to proceed with the Seagreen 1 offshore wind project which will now be taken forward together with the French energy major Total.

Total and SSE Renewables have now entered into an agreement through which Total will take a 51 per cent stake in the GBP 3 billion project. The transaction remains subject to conditions precedent, including public authorities approval, and should be finalized by July 2020, Total said. Jefferies acted as a sole sell-side adviser to SSE Renewables on the sale.

Located in Scottish waters in the Firth of Forth, the 1,075 MW Seagreen 1 will be Scotland’s largest wind farm once complete.

SSE Renewables will continue to lead on the development and construction of the project, supported by Total, and will operate the asset on completion, which is expected in 2022/23.

SSE Renewables has earlier completed and signed a contract with MHI Vestas Offshore Wind to provide the 10 MW turbines, with blades to be manufactured in the Isle of Wight and service operations based in Scotland.

Under the contract, MHI Vestas will manufacture 114 V164-10 MW turbines which it will then install in the North Sea off the coast of Scotland in 2021. SSE Renewables has also signed a service and maintenance agreement at the project with MHI Vestas for a period of 15 years.

Additionally, Seaway 7 is expected to create up to 50 jobs at its Aberdeen office as a result of being awarded the contract to install the turbine foundations and inter-array cables for Seagreen.

Aberdeen-based Petrofac is building the onshore and offshore substations, and Montrose Port was chosen as home to the operations and maintenance base for the 25-year life of the offshore wind farm.

Jim Smith, Managing Director of SSE Renewables, said: “Following the agreement with Total we are looking forward to delivering the Seagreen offshore wind farm which will contribute towards building a cleaner, more resilient economy as we pursue a green recovery from coronavirus by unlocking £3bn of low carbon investment, creating green jobs and generating the zero-carbon power we need to reach net zero.”

In September 2019, SSE Renewables secured a 15-year Contract for Difference (CfD) in the UK Government’s auction for low carbon power for around 40% of the project’s capacity.

An additional 30% of the project capacities will also be contracted under a private CfD with the SSE Group.

“Seagreen 1 will create hundreds of jobs while powering millions of homes and helping to cut CO2 emissions, highlighting the key role offshore wind will play in our journey to a net-zero carbon emissions UK economy,” the UK’s Minister for Energy and Clean Growth Kwasi Kwarteng said.

“The UK has invested more in offshore wind than any other country, is home to the world’s largest wind farms, and already supplies 10% of UK electricity demand – a figure we expect to double by the middle of the decade.”

SSE Renewables continues to develop its wholly-owned Seagreen 2 and 3 projects with the combined capacity of up to 3,200 MW, which were awarded exclusive development rights by The Crown Estate in 2010.

It has also started onshore construction on the world’s largest offshore wind farm, Dogger Bank Wind Farm, which it is delivering together with its partner, Equinor. 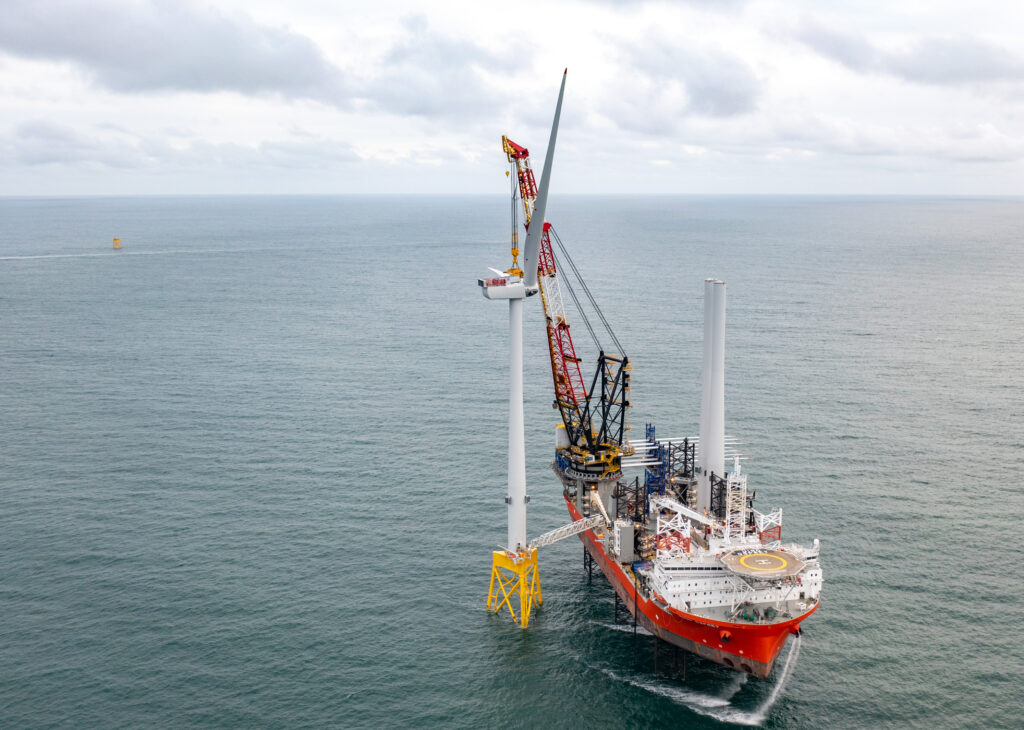