CWind Taiwan will sponsor up to 100 Taiwanese students and local fishermen who want to participate in a Global Wind Organisation (GWO) pilot project, which will provide a general introduction into the offshore wind industry and fundamentals of the GWO working-at-height and sea survival modules.

The company is organising five sessions open to individuals from local universities, technical colleges, and the fishing association as part of the GWO pilot project which began earlier this month.

Along with an opportunity to gain general knowledge of the offshore wind industry, the sessions will also provide an insight into the working conditions, highlights and demands of a career in the sector.

“As with all companies involved in Taiwan’s offshore wind sector we face the challenge of attracting people to join this new industry,” said Tom Manning, Deputy General Manager at CWind Taiwan. “CWind Taiwan is in a unique position; having established our training school, TIWTC, back in 2018 we’re able to run this pilot project and to take huge leaps forward in educating the prospective Taiwanese workforce and supporting their entry into the industry”.

The GWO training centre, which was delivering Basic Technical Training (BTT) courses since December 2018, was officially opened in September 2019, after it got the GWO accreditation for the full set of Basic Safety Training (BST) modules, including sea survival, working at height, manual handling, first aid and fire safety.

CWind Taiwan has been active on the offshore wind projects in Taiwan for more than a few years now, as the sector is gaining momentum.

Last month, the company reported that two new crew transfer vessels (CTVs) Phenom and Phoenix had commenced work on their first project in Taiwan, the Yunlin offshore wind farm, where they are supporting Siemens Gamesa during construction work. 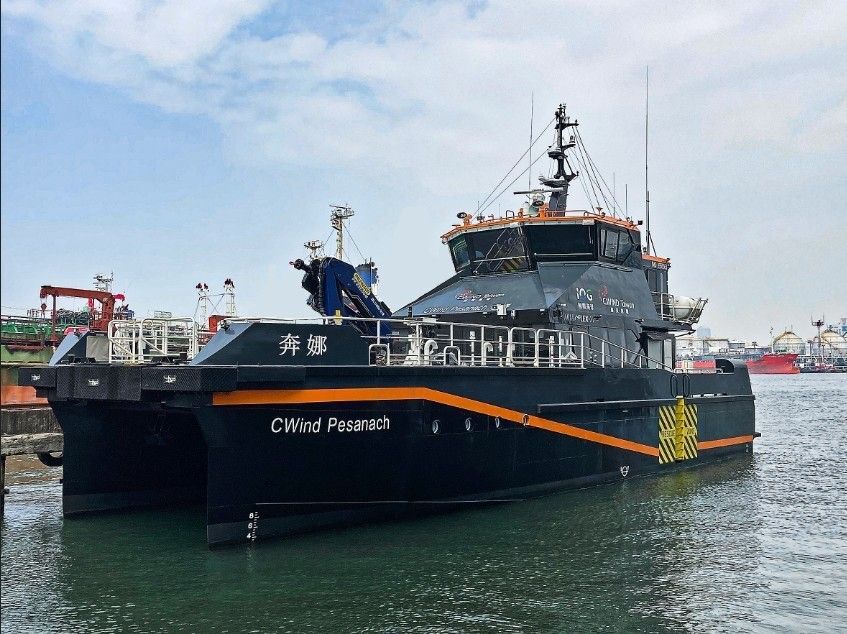