NHC Northern Helicopter to the Rescue at Four German OWFs

NHC Northern Helicopter will be on call for offshore rescue operations at the Veja Mate, Nordergründe, Butendiek and BARD Offshore 1 offshore wind farms in the German sector of the North Sea.

The helicopter service provider will be in charge of air rescue for a total of 245 offshore wind turbines and coordination via the emergency control center.

The contract package, signed with owners and operators of the four offshore wind farms, will be in effect for three years as of 1 August 2020, with an option for extension for a further two years.

NHC Northern Helicopter states that each of its offshore rescue helicopters is equipped with emergency medical equipment that more than meets the required equipment standard DIN EN 13718.

The rescue helicopter team consists of an emergency medic and an emergency doctor, both trained and qualified for height and offshore rescue, and helicopter flying crew of two pilots and a winch operator. 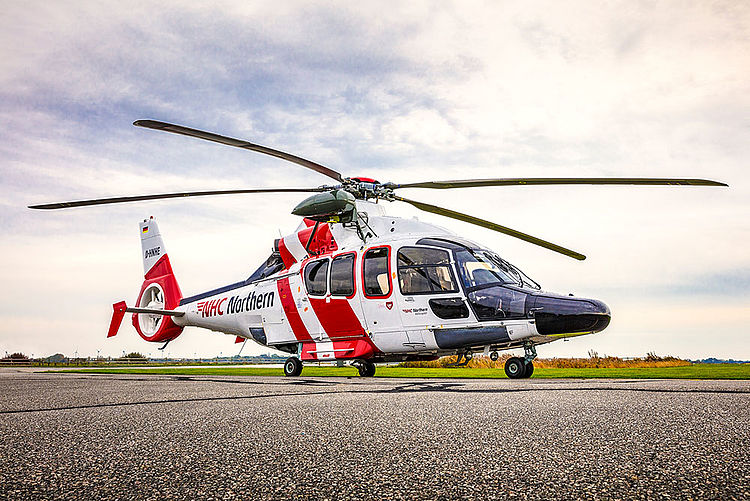