Subsea 7’s renewables business unit Seaway 7 has chosen Lamprell for the delivery of 30 foundations for the Seagreen 1 offshore wind farm.

Under the contract, yet to be finalised and to be executed on a lump-sum basis, the UAE-based company will manufacture jackets, transition pieces and suction caissons.

Lamprell will deliver the jackets to Seaway 7 at its deep-water quayside in Hamriyah port, from where Seaway 7 will transport them to Scotland.

The contract value has not been revealed, however, Lamprell has been described the contract as “very large”, which is more than USD 150 million (around EUR 133 million) according to the company’s internal definition.

The fabrication work is set to be completed in the first half of 2021.

“Having worked on similar projects in the renewables segment, our workforce is skilled and experienced to execute the project with a focus on the key drivers of safety, high quality and profitability”, said Christopher McDonald, Lamprell’s CEO.

Seaway 7 won a Seagreen 1 contract at the beginning of June, following the financial close for the project. The company will deliver and install 114 wind turbine foundations and some 300 kilometres of inter-array cables.

Once completed, the Seagreen 1 will become Scotland’s largest wind farm, with a grid connection capacity of 1,075 MW and a total installed capacity of 1,140 MW, as the developer has decided to install 114 MHI Vestas 10 MW wind turbines.

Seagreen 1 is owned by Total (51 per cent) and SSE Renewables (49 per cent), with SSE leading the development and construction of the project.

The offshore wind farm is expected to be fully operational in 2022/23. 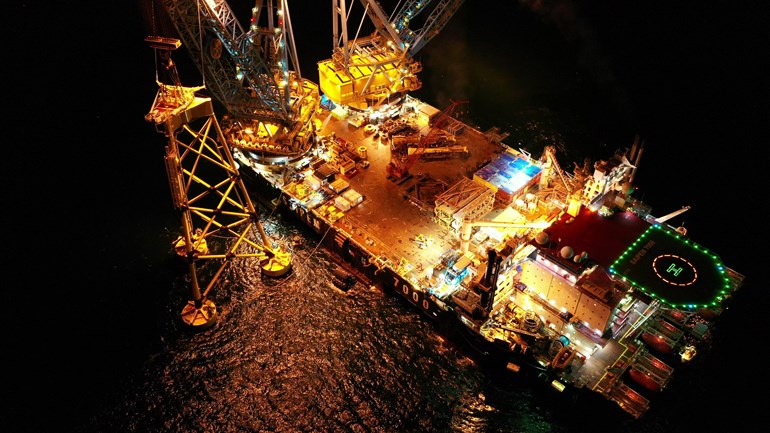