“With the installation of the offshore substation completed, we have once more accomplished another milestone on schedule,” said Jens Poulsen, Project Director at Northland Deutsche Bucht GmbH.

“In the future, this offshore substation will convert the power generated by our 33 turbines, transforming it from 33 to 155 kilovolts for further transmission.”

The general contractor Van Oord was responsible for the manufacturing and installation of the offshore substation. Both the jacket foundation and topside platform were built in Vlissingen, the Netherlands. Two transport barges towed both components to the construction site, located about 100 kilometres from the German mainland in the German Exclusive Economic Zone. 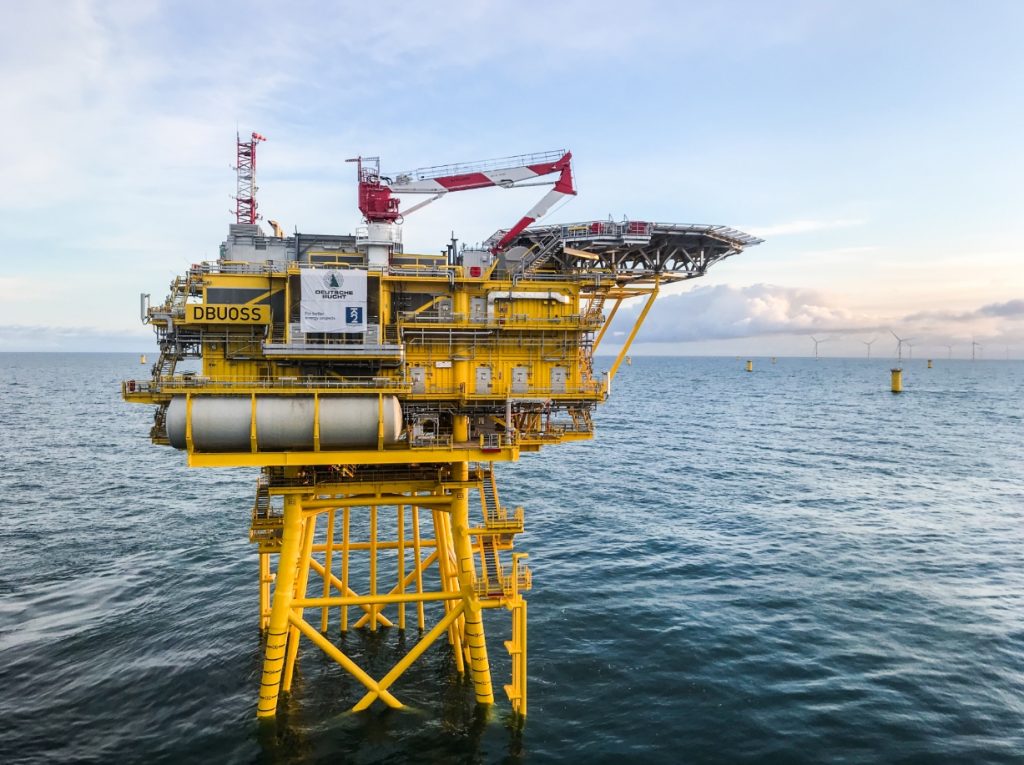 Seaway Strashnov first anchored the jacket in the seabed, and then lifted the roughly 2,700-ton topside onto the foundation. The unmanned offshore substation houses all the electrical equipment needed to directly transform the electricity from the turbines to a higher voltage. From there, the power will be transported to the converter station BorWin beta, owned by the grid operator TenneT, who will convert the alternating current (AC) to direct current (DC) to lower the loss of power when transporting the energy to shore.

The next construction phase, the installation of inter-array cabling, is scheduled to start this spring. The wind turbines will be installed and begin operation over the course of the summer months. By the end of 2019, all 33 of Deutsche Bucht’s turbines will be fully operational.