The second phase will add 20 offshore wind turbines with a total capacity of 120MW to Formosa 1’s current 8MW capacity. Formosa 1 will be the first commercial-scale offshore wind farm in Taiwan before 2020.

The joint venture, which was established in January 2017, is expected to take its final investment decision about Formosa 1 phase 2 in May 2018.

Formosa 1 is Taiwan’s first offshore wind project. The first phase of the project has been operational since April 2017 and consists of two 4MW offshore wind turbines. The second phase will be constructed in 2019.

Matthias Bausenwein, Ørsted’s General Manager for Asia Pacific, said: “We’re committed to the Taiwanese market and to the government’s offshore wind plans. Ørsted has shared its vast professional experience and expertise in offshore wind and thereby contributed significantly to bringing this project to the next stage and ensuring that it can be built in 2019.”

The project has signed a contract with Siemens Gamesa for twenty 6MW turbines and a full-service agreement for 15 years.

Additionally, Formosa 1 signed a contract with the Taiwanese company Fortune Electric for an upgrade of the existing onshore substation. These contracts are subject to the joint venture’s final investment decision and financial close.

The permitting process is on schedule, and Formosa 1 signed a power purchase agreement (PPA) with Taipower in December 2017.

The project will utilise non-recourse project finance to fund a large proportion of the capital costs. The project financing loans will come from a consortium of international and Taiwanese banks. This hands-on experience enables the financial community to prepare for future investments in large-scale offshore wind projects in Taiwan, the developer said.

In addition to its engagement in Formosa 1, Ørsted is currently developing four offshore wind sites in the Greater Changhua region. The four Greater Changhua projects, located 35 to 60 kilometres off the coast, have a maximum capacity of 2.4GW and received environmental impact assessment approval February 2018. The projects are planned to be built from 2021 to 2025, subject to further permits and final investment decision.

“Formosa 1 is the first offshore wind project being realized by Ørsted in Asia together with its partners. Through intensive engagement with local stakeholders, suppliers, and financial communities, we have shared our expertise and at the same time gained valuable insight to prepare us for building large-scale offshore wind farms in the Greater Changhua region,” Bausenwein said. 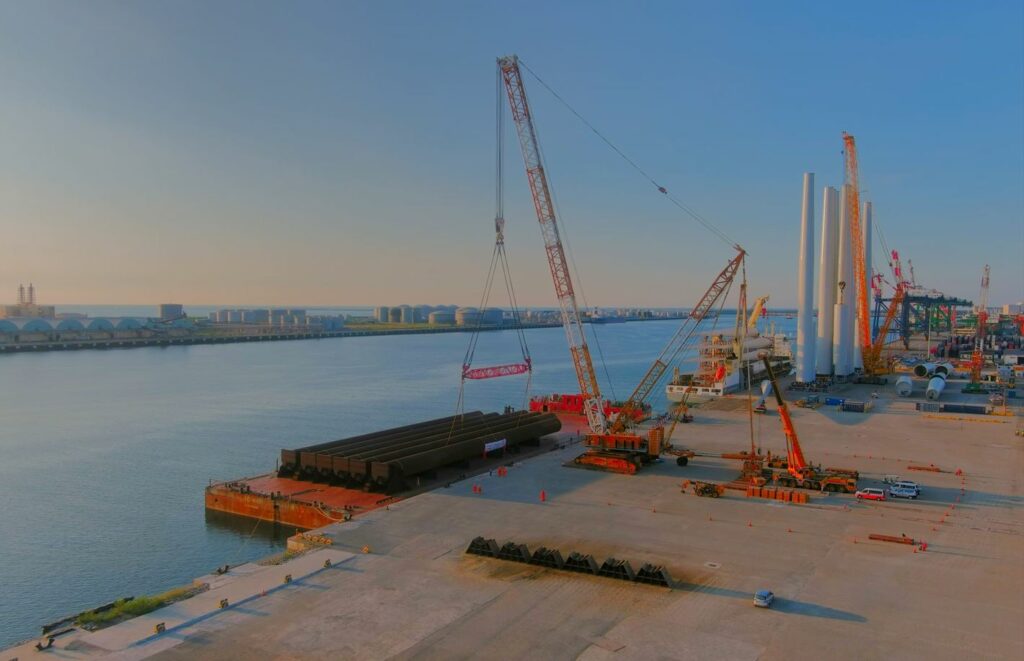