Boskalis, the preferred Offshore Balance of Plant contractor for the wind farm, awarded Peterhead Port with a contract to harbor the suction bucket jacket foundations in August 2017.

The eleven foundations are being transported to the port via six barges, five carrying two foundations and the sixth transporting the final one, while the floating crane Asian Hercules III will transfer and install the suction buckets at the offshore site.

At the end of last year, Smulders, responsible for manufacturing and assembling the foundations, started the assembly of the structures in its manufacturing facility in Newcastle, UK.

As Scotland’s largest offshore wind test and demonstration center, the wind farm will trial next-generation technology and is expected to contribute to driving down the cost of clean power.

EOWDC is expected to generate first power this summer and operate for 20 years. 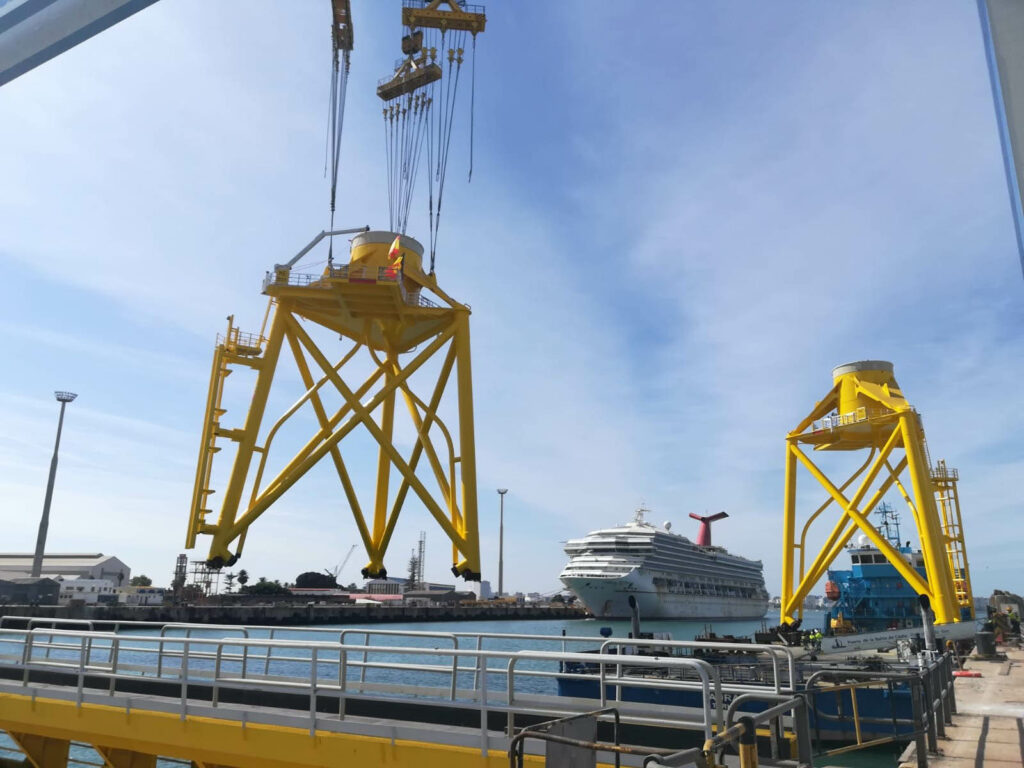