Highlights of the Month: April 2017

Germany’s Bundesnetzagentur has selected three offshore wind projects by DONG Energy and one project by EnBW in the first auction for grid connections and funding for existing offshore wind farm projects, with at least one of the developers offering the lowest price bid of 0.00 Euro cents per kilowatt-hour.

EnBW has been awarded the rights to develop its 900MW He Dreiht offshore wind farm by placing a bid for the construction of the project without subsidies at the first competitive tender in Germany.

DONG Energy has revealed the factors behind the decision to place two zero subsidy bids in the first round of offshore wind auctions in Germany.

Portugal-based ASM Energia is reportedly planning on increasing its involvement in the offshore wind sector and has chosen the port of Aveiro as a location for its new EUR 25 million plant that would accommodate the production of foundations.

Only a few days after the final turbine was installed at the Nobelwind offshore wind farm in Belgium, works on setting up a further array of wind turbines in the Belgian part of the North Sea started. Namely, the construction of the Rentel offshore wind farm has begun, according to the project’s social media pages.

GeoSea has installed the first of 66 monopiles on the 396MW Merkur offshore wind farm in the German North Sea.

The first out of the total of 66 GE Haliade 6MW nacelles for the Merkur offshore wind farm has recently left the manufacturer’s assembly line in France, GE Renewable Energy reported on 5 April.

E.ON has announced that it will invest in the development of a demonstration site for airborne wind technology in County Mayo in Ireland, and that it entered into a collaboration agreement with Ampyx Power as the first user of the test site.

Belgium’s Secretary for the North Sea Philippe De Backer has suggested that the government should revoke concessions granted to three offshore wind projects and instead carry out a tendering procedure similar to those in Germany, Denmark or the Netherlands, according to local media. 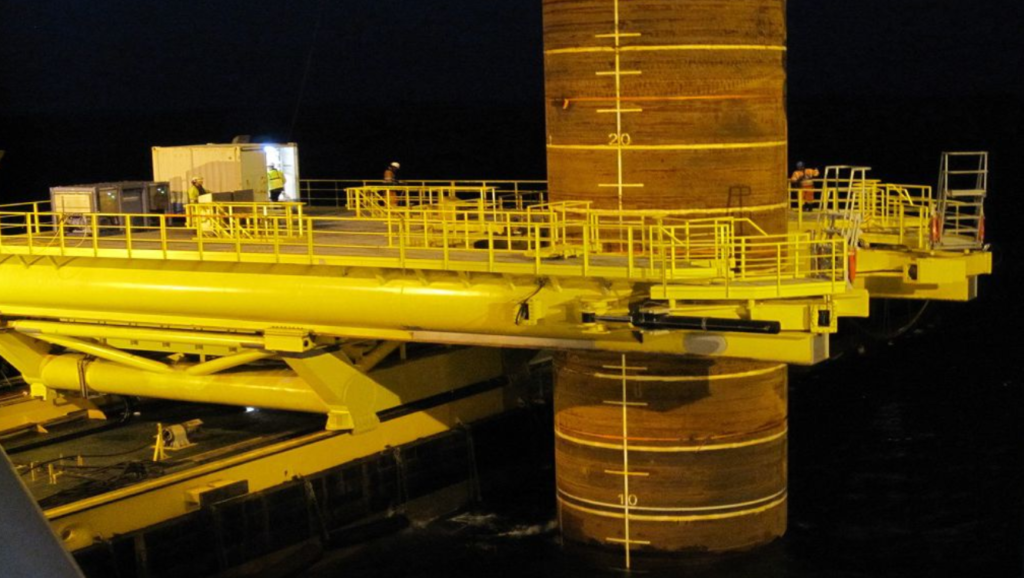