The first out of the total of 66 GE Haliade 6MW nacelles for the Merkur offshore wind farm has recently left the manufacturer’s assembly line in France, GE Renewable Energy reported on 5 April.

The nacelle will be stored at GE’s Saint-Nazaire site in France, while new ones continue to be manufactured, and will then be shipped to the company’s logistical operations hub in Eemshaven, the Netherlands, from where the installation process will start in spring 2018.

“Merkur is a very important project and a strategic windfarm for us because it allows us to continue our export ramp-up activity in Saint-Nazaire while we keep on moving into new strategic projects. Just last week we announced our first China offshore deal that will make GE the only supplier to have installed offshore wind turbines in the Americas, Europe and Asia”, said John Lavelle, CEO of GE’s Offshore Wind business.

The Merkur offshore wind farm is located approximately 35km north of the island of Borkum in Germany and will generate approximately 1,750 GWh annually, enough clean energy to power around 500,000 homes.

When completed at the end of 2018, Merkur will be one of Germany’s largest offshore wind farms. 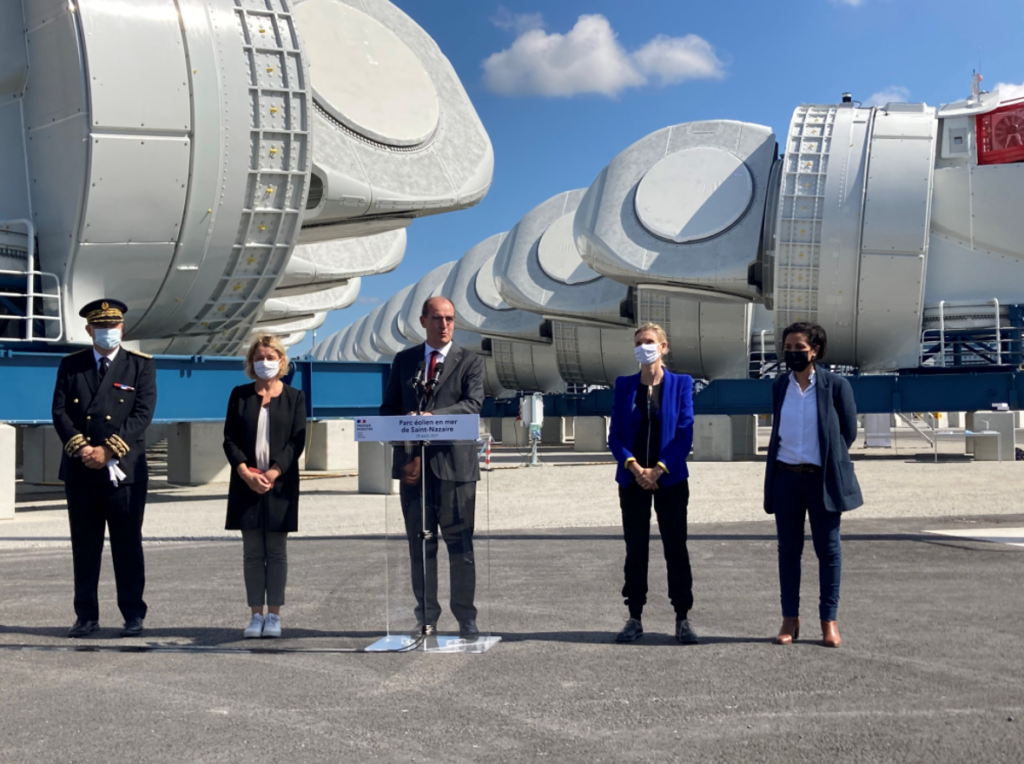