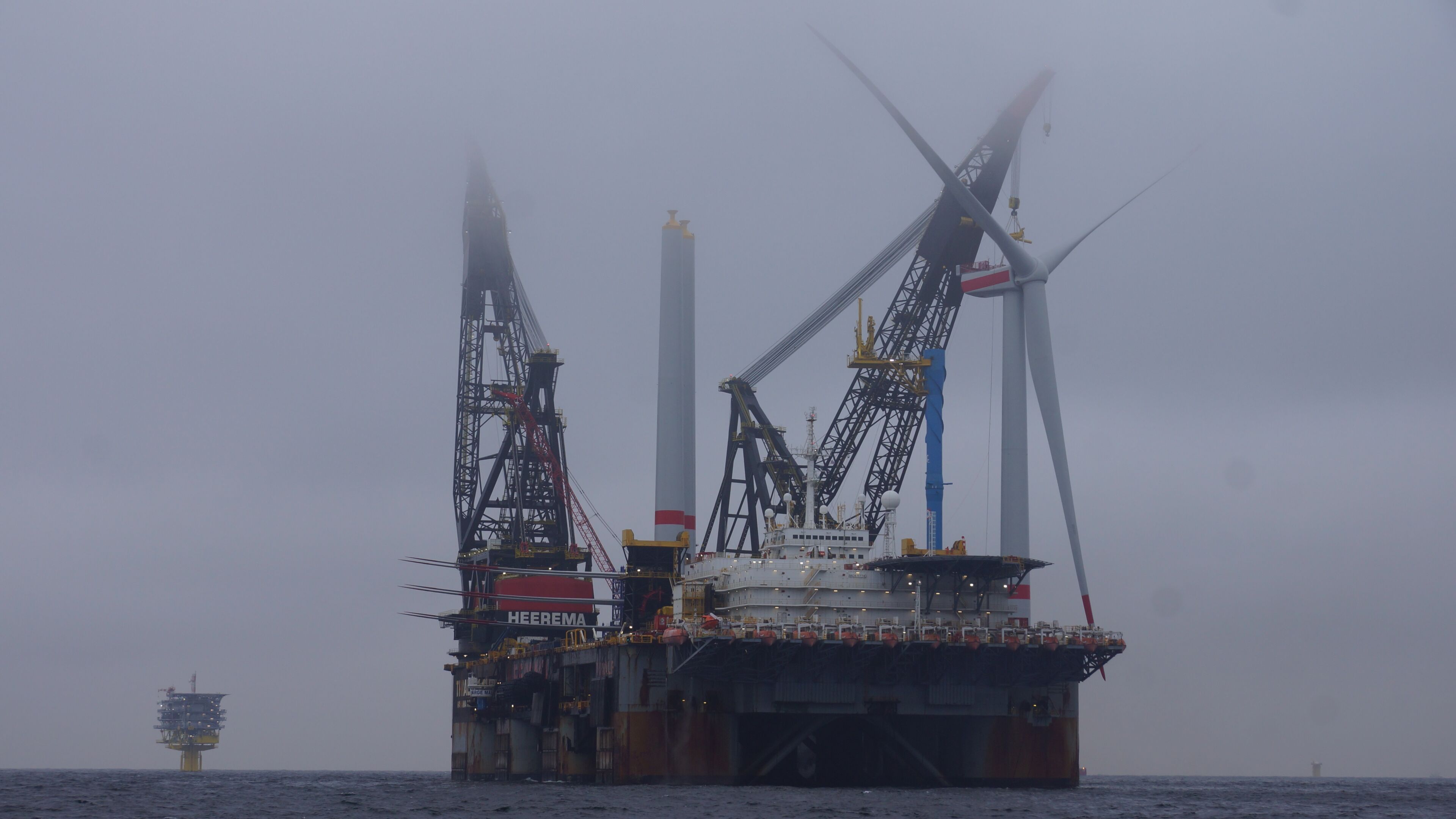 The first of the total of 27 Vestas’s V174-9.5 MW wind turbines to be installed at the Arcadis Ost 1 offshore wind farm in the Baltic Sea is now up.

The offshore wind farm is developed and owned by Belgian developer Parkwind, for which this is its first project in Germany.

The 257 MW Arcadis Ost 1 has now also marked a few other ‘firsts’, as this is the first 9.5 MW Vestas turbine with a 174-metre rotor to be installed on a commercial project, the first time Heerema Marine Contractors’ Thialf entered the Baltic Sea, and the first time a wind turbine was installed using a novel floating installation method.

The novel floating installation method at Arcadis Ost 1, which was first tested in the Dutch North Sea last year onboard Heerema’s crane vessel Sleipnir, starts with assembly and lifting operations that are being performed in parallel.

For the pre-assembly of wind turbines, Heerema developed a method where the Rotor Nacelle Assembly (RNA) lift takes place on a “support” tower on board of the crane vessel. The support tower provides a stable platform to allow a fast and secure assembly of the nacelle and the blades, according to the developer.

Once pre-assembled, the complete RNA is lifted as one piece onto the wind turbine tower in only one lift. The reduced number of lifts between the vessel and the structure eliminates key risks of the floating installation, Parkwind says.

This method has two main advantages, according to Parkwind; The first is zero seabed interaction, especially important in areas of significant water depth or challenging soil conditions; and the second advantage is a shorter installation cycle.

For the wind turbine installation work, Thialf, the world’s second-largest semi-submersible crane vessel (SSCV), recently made its first entrance into the Baltic Sea, an occasion for which the vessel’s A-frames needed to undergo modifications to enable passage under the Storebaelt Bridge, known as the “gate to the Baltic Sea”.

The Arcadis Ost 1 offshore wind farm is located in the German territorial waters of the Baltic Sea, northeast of the island of Rügen, where offshore construction started in June 2022.

The 257 MW wind farm is expected to be fully commissioned in 2023, as of when it will generate enough green energy to power the equivalent of up to 290,000 households.

Arcadis Ost 1 has been developed by Parkwind with the participation of PMV and OstseeWindEnergie GmbH, a project company of the three partners Oberhessische Versorgungsbetriebe AG, Stadtwerke Bad Vilbel and WV Energie AG.