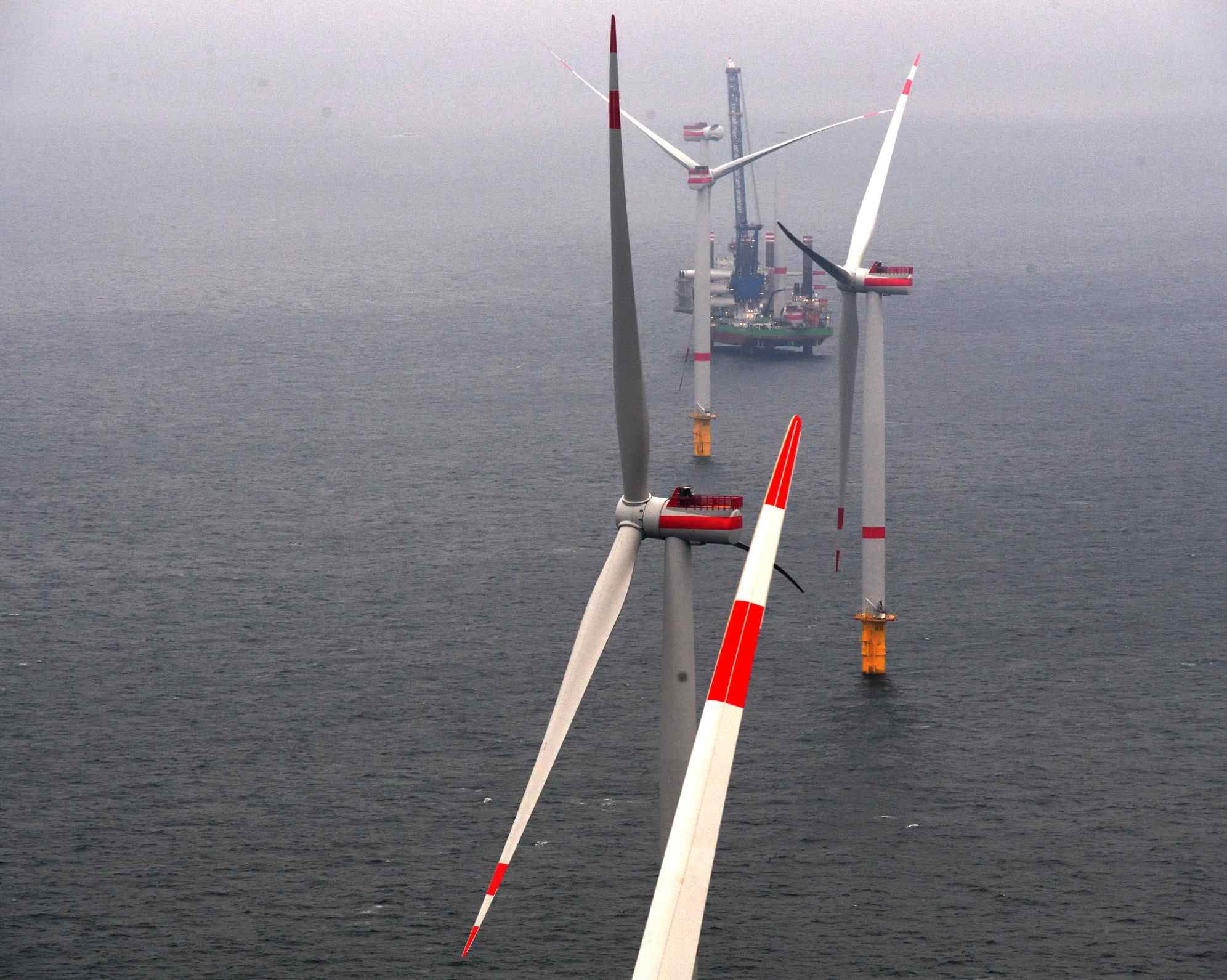 All Turbines Up at RWE’s Kaskasi Offshore Wind Farm

The last of the total of 38 wind turbines at RWE’s Kaskasi offshore wind farm in Germany has been installed and more than two thirds of the turbines are now feeding electricity into the grid.

Kaskasi is expected to be operational by the end of the year, as of when the 342 MW offshore wind farm will be capable of supplying green electricity to the equivalent of over 400,000 households annually for at least 25 years.

The wind farm hit the two-thirds mark with the number of turbines producing electricity earlier this month, while the installation of the remaining turbines was still underway.

Three of the Siemens Gamesa’s units are equipped with the company’s fully recyclable blades, the first of which started generating power this summer.

Siemens Gamesa’s RecycableBlades are made of resin that allows the component materials to be separated from one another in a way that the separation process protects the properties of the materials, allowing them to be reused in other applications – for example, in the automotive industry, or in consumer goods such as suitcases and flat screen casings.

RWE’s Kaskasi offshore wind farm has also facilitated demonstration of two more new technologies and methods, including collared monopile foundations and foundations which were installed using vibro pile driving and are enclosed in a concrete ring that expands in the seabed (Self-Expanding Pile Shoe). 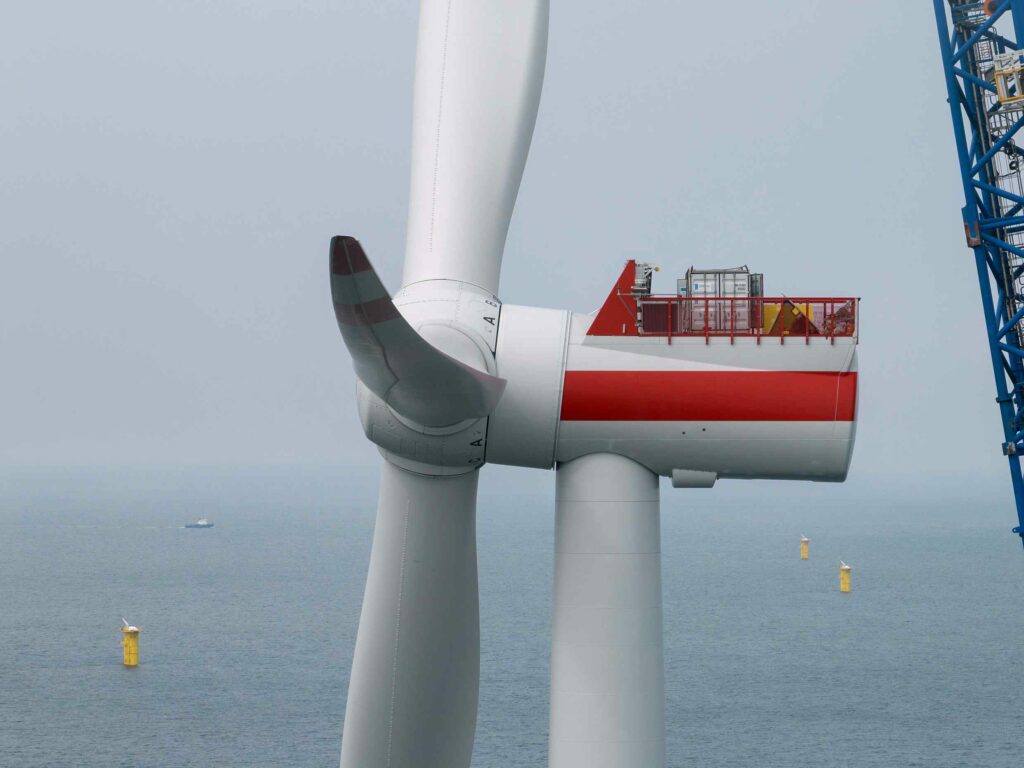