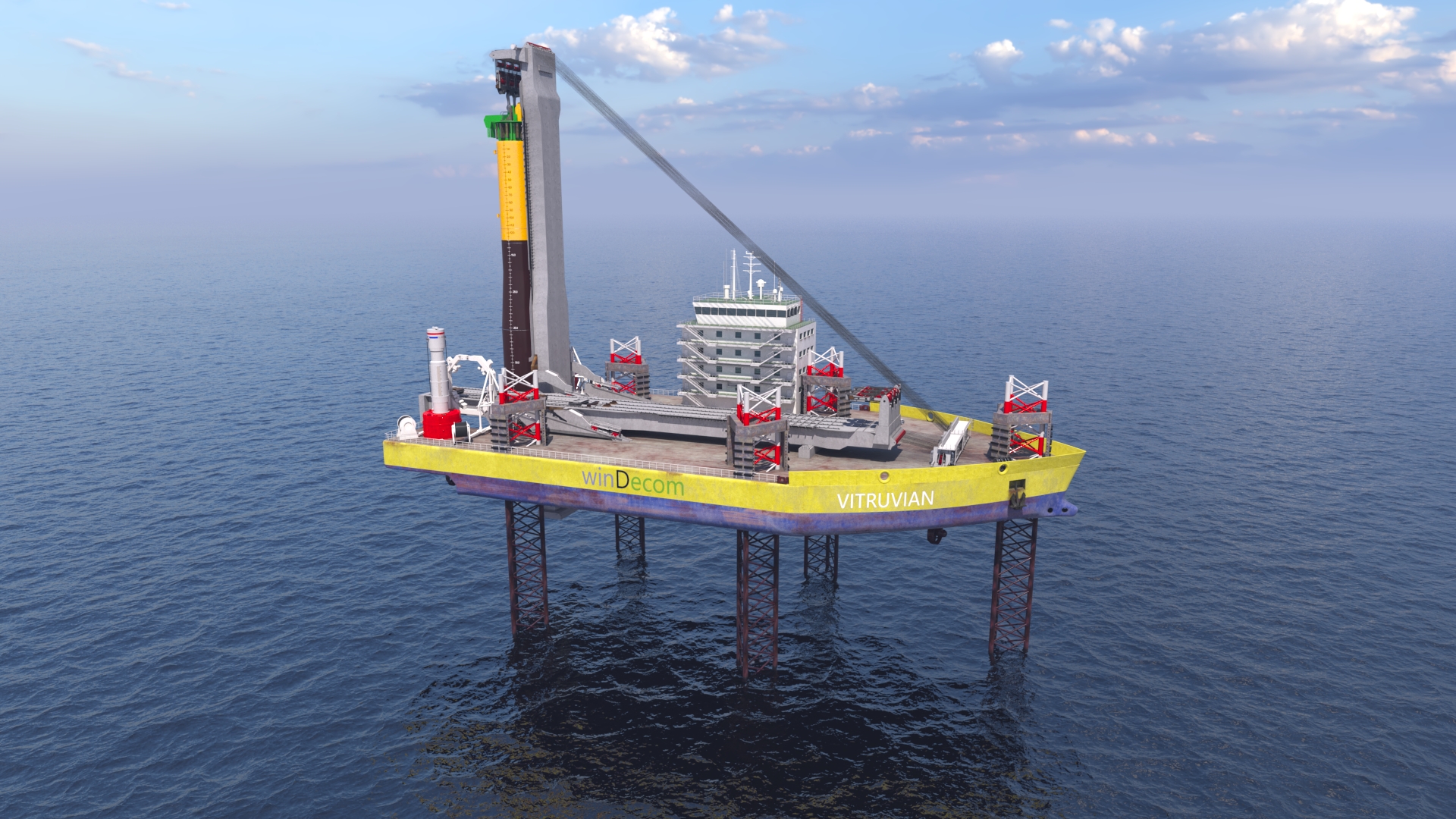 Barcelona-based WinDecom has unveiled a new vessel design for the installation of the next-generation XXXL monopiles that weigh up to 5,000 tonnes.

According to the company, the shortage of installation vessels has increased, and with the availability of wind turbines of up to 20 MW by 2030, radical vessel design measures are needed.

The new jack-up, named Vitruvian, will be able to transport and install 5,000-tonne XXXL monopiles, WinDecom says, adding that the vessel would also be used for decommissioning work.

The company said that many monohull and semi-submersible vessel designs are planning to lift the massive monopiles with lifting slings and/or other lifting and transport tools that could result in extensive risks of damaging units far over 3,000 tonnes.

According to WinDecom, the solution lies in the horizontal handling of the XXXL monopiles which starts at the fabrication yard.

The firm’s plan is to place the units on the installation vessel by SPMT transporters. To allow for a smooth roll-on and roll-off at the offshore location, the developer plans to install a roller on the tilting and lifting beams.

Crane lifts will not be required in the port and/or at the offshore locations, WinDecom said.

The company’s aim is to build its units for under USD 250 million (approximately EUR 252 million).

In July 2021, WinDecom, previously known as Offshoretronic, introduced a new vessel design for the installation of the next-generation ultra-long XXL monopiles that support wind turbines of up to 20 MW.

The vessels, called Sustainable Installer and Sustainable Transporter, will be able to transport and install twelve XXL monopiles in a single run, according to the company, adding that the installation solution is also Jones Act-compliant. 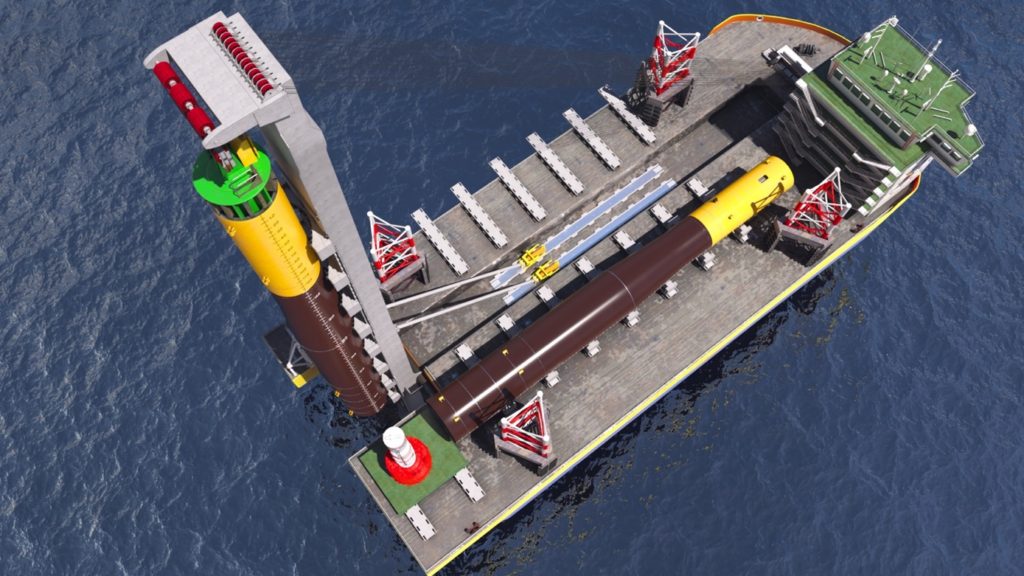