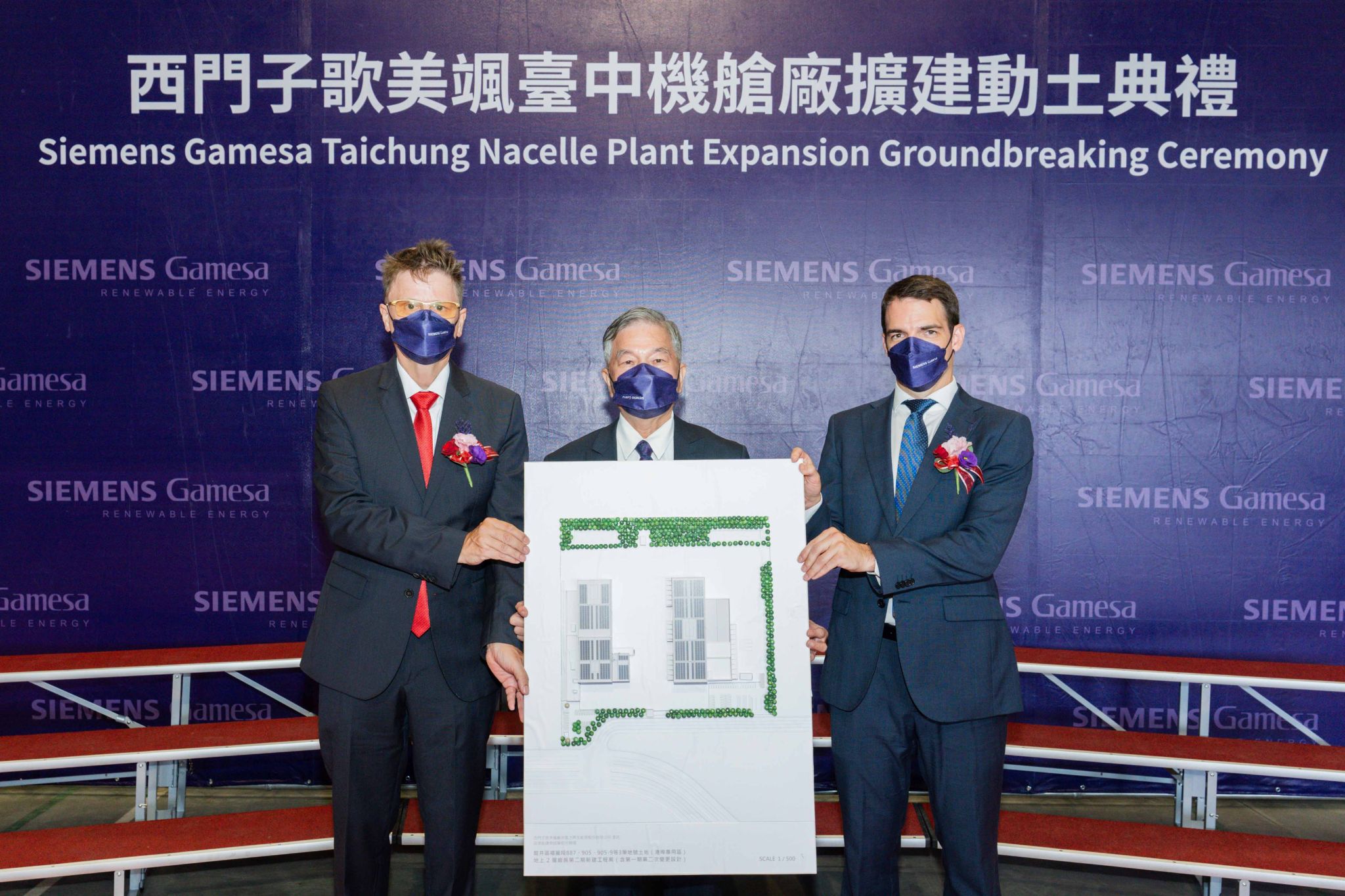 Siemens Gamesa has broken ground on what the wind turbine maker describes as ”a massive expansion of its successful offshore nacelle facility” in Taichung, Taiwan.

Among new elements, the expansion will broaden the production scope, creating two new production halls and a new warehouse on the extended plot.

”We are thrilled to triple our activities in Taichung and to be leading the Taiwanese offshore revolution. Having been present locally since our first offshore installation in 2016, followed by the opening of our Taipei office in 2017, we greatly appreciate the clear pipeline of projects and visibility of market plans which are available,” said Marc Becker, CEO of Siemens Gamesa’s offshore business.

”This allows us as the world’s leading manufacturer of offshore wind turbines to make solid, long-term investments. Taiwan and Taichung Harbor especially have proven their mettle to meet our desire to make this location the centerpiece of our Asia-Pacific offshore manufacturing activities.”

In a continuous production flow, the new factory setup will have dedicated production lines for hub assembly, nacelle backend assembly, and final nacelle assembly including generator-related work. Assembly of SG 14-222 DD offshore turbine nacelles is planned to begin in the second quarter of the calendar year 2024.

The large production depth is said to open up a compelling opportunity for a vast range of Taiwanese suppliers to feed more than 10,000 components directly to the factory.

”Since our Taichung offshore nacelle plant opened in Taiwan in 2021, Siemens Gamesa has proudly provided the first locally assembled nacelles. They stand tall in the Taiwan Strait and deliver clean power to the grid. With the factory expansion, we are looking forward to leveraging this local footprint together with the Taiwanese supply chain, building a regional offshore wind manufacturing powerhouse based in Taiwan,” said Niels Steenberg, General Manager of Siemens Gamesa Offshore for Asia-Pacific.

Beginning in October 2022, Siemens Gamesa will send its first batch of Taiwanese employees for training in Europe. The first 21 people, a combination of 15 hourly and six salaried colleagues, will spend 15 months in total abroad.

More Taiwanese employees will follow as the new factory’s staffing needs grow. The Taiwanese employees will spend three months at Siemens Gamesa’s offshore wind turbine factory in Brande, Denmark, where they will learn about manufacturing processes for a variety of Siemens Gamesa offshore wind turbines. Next, they will spend all of the calendar year 2023 receiving on-the-job training working alongside experienced nacelle assembly colleagues at the Siemens Gamesa offshore nacelle factory in Cuxhaven, Germany.

Construction work on the Taichung expansion started in September 2022. Construction of the first phase of the plant began in April 2020, with Taiwan’s first locally assembled offshore wind turbine nacelle being delivered in August 2021. These first machines were provided to Ørsted’s 900 MW Greater Changhua 1 & 2a project. 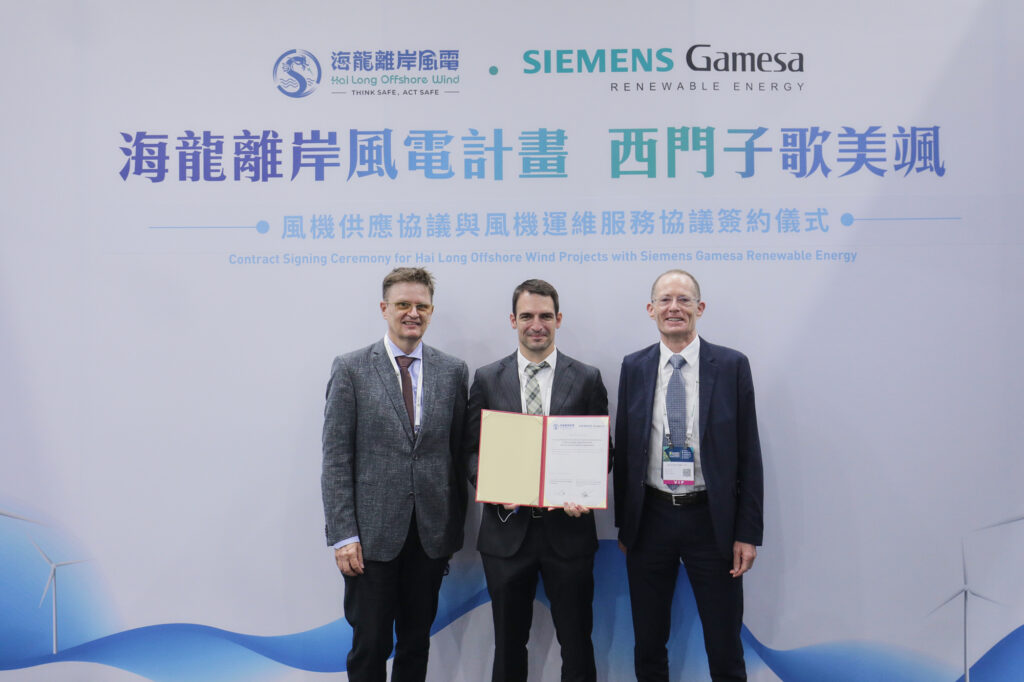