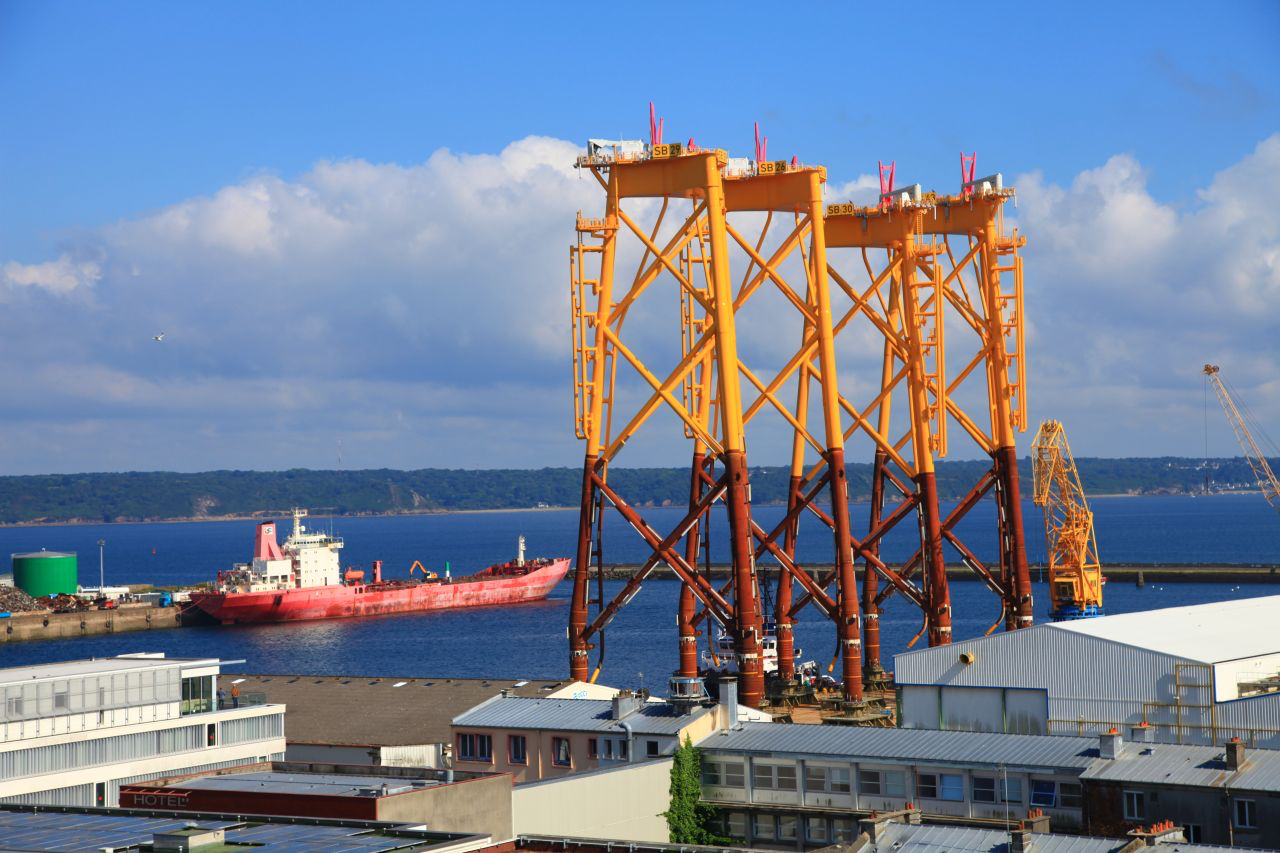 The installation of the first four jacket foundations has been completed at the Saint-Brieuc offshore wind farm in France.

The installation of the foundations started at the beginning of this month, while the first jacket was installed on 4 July by Van Oord using Subsea 7’s Seven Borealis vessel.

The jackets have been installed on drilled and grouted piles.

UK-based Kent is providing the basic and detailed design, fabrication, and installation support for the French offshore wind project.

The foundations, which will support 62 Siemens Gamesa 8 MW wind turbines, are being delivered by the Navantia-Windar consortium, which sent off the first batch last month and has been performing part of its project in Brest, France.

Once it becomes operational in 2023, the offshore wind farm is expected to generate enough clean energy for 835,000 people.